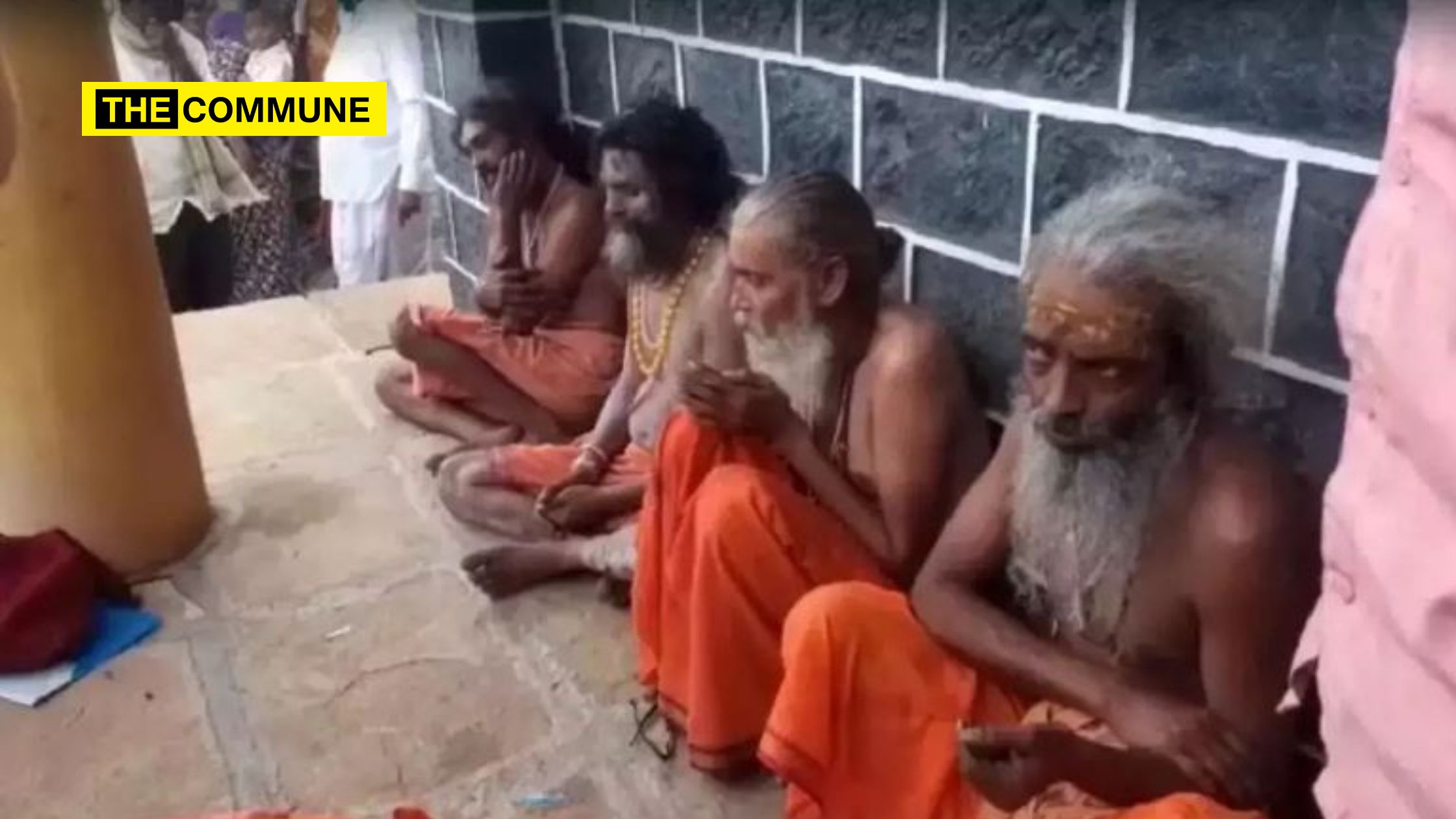 In a stark reminder of the attack and killing of sadhus in Palghar, four sadhus were offensive in the Sangli of Maharashtra, suspected of being a child raiser. Umadi Police Assistant Sub-Inspector Pankaj Pawar said he learned about the incident after video of the assault went viral on social media.

Police have confirmed the arrest of six people in the case. “There was an altercation, which suddenly escalated, and the sadhus were beaten with sticks by locals,” a police official said, adding that police learned the four belonged to an akhada. of Uttar Pradesh after their arrival at the scene. “We haven’t received any complaints/official reports, but we are reviewing viral videos and verifying facts. Necessary actions to be taken”, said Sangli SP Dikshit Gedam.

“In the case of the murder of sadhus in Palghar, the government of Chief Minister Uddhav Thackeray has inflicted an injustice on them. But the current government of Maharashtra will not allow any injustice against any sadhu,” said BJP’s Ram Kadam. said.

The incident happened in Lavana village of Jat tehsil on Tuesday. Four sadhus belonging to Uttar Pradesh were traveling to Pandharpur in Maharashtra from Bijapur in Karnataka. They resumed their journey on Tuesday after stopping at the temple outside the village on Monday. The sadhus asked a youth for instructions and were then attacked by the villagers who assumed them to be members of criminal gangs who kidnap children.

Police said the youth the four asked for instructions only knew the Kannada language. According to some media, the boy raised the alarm as he was scared and as a result the villagers attacked the sadhus.

The police registered a case under ICC Articles 323 (penalty for willfully causing injury) and 324 (willful injury by weapons or dangerous means) against the accused. Five people have been named while 15 unknowns have also been named as defendants in the case. The police could not establish contact with the sadhus who continued their pilgrimage.

Two sadhus and their driver were lynched to death by a mob of 200 in Palghar district of Maharashtra in April 2020 in the presence of police. Kalpvriksh Giri Maharaj (70) and Sushil Giri Maharaj (35) and their driver Nilesh Telgade, residents of Mumbai’s Kandivali suburb, were traveling to Gujarat from Mumbai. The MVA (Maha Vikas Aghadi) government led by Uddhav Thackeray was stopped by the Supreme Court in this case.

(This article originally appeared in Hindu Post and has been republished here with permission.)

Click here to subscribe to The Commune on Telegram and receive the best stories of the day personally.