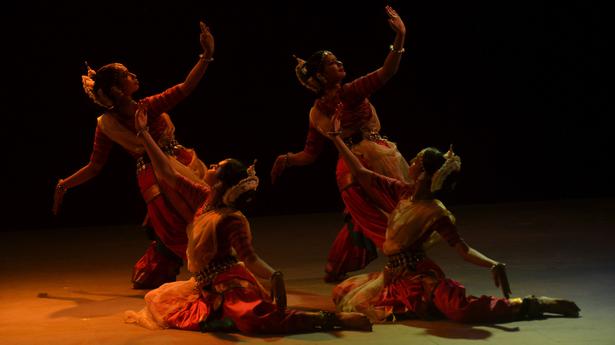 During the pandemic, when live performances came to a halt, Mahagami, the Aurangabad-based dance gurukul, rethought ways to keep learners and performers engaged. In addition to hosting webinars and online workshops, he has also created new choreography. Some of these works were staged at the 13th Sharngadeva Samaroh which was held at the gurukul recently. The festival, which opened with the calming chanting of the Buddhist mandala by the monks of Drepung Gomang Monastery in Karnataka, and ended with a moving dhrupad concert by Pt. Nirmalya De, who presented a detailed alap, and the dhruvapada, “Pratham on saadhe…” to Rageshri as a sadra on Jhaptaal and a bandish taal from Drut Sool to Adana. He was accompanied on the pakhawaj by Pratap Awad and on the tanpura by Veronic. 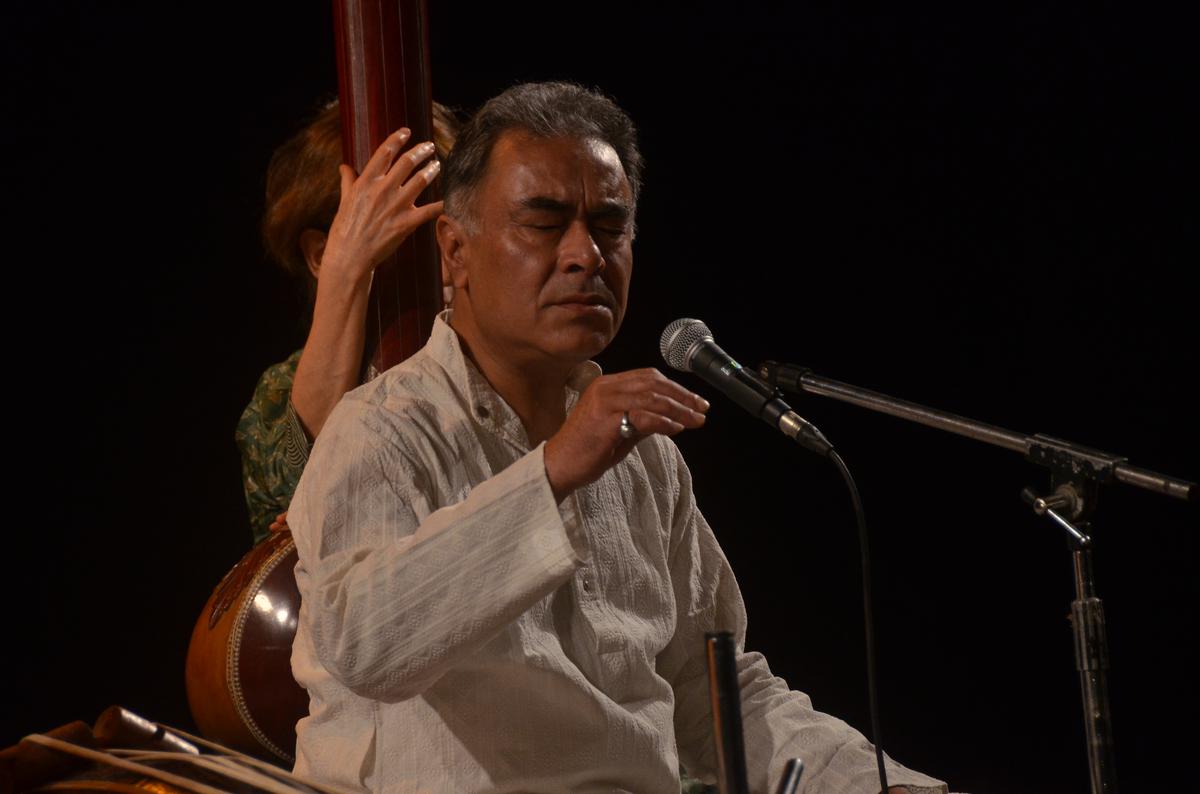 The Odissi dance presentation ‘Arpan’ by the Mahagami ensemble had four segments. Music and choreography were by the versatile Parwati Dutta, the founder of gurukul. It started with Shiva-stuti, ‘Veda-Sara-Shivastotram’ composed in raag Vibhas, as well as ‘Amurta Akshara Thayee’ comprising abstract syllables and ‘Shabda-Swara-Paat’, innovatively incorporating the recited Sanskrit shloka into the meter from Misra Jati. Chhand of seven beats. The second piece was ‘Mudita’ based on Bauddha Darshan (Buddhist philosophy). In the Buddhist tradition, according to the second century Mahaprajna-Paramita Shastra, mudita refers to one of the four immeasurables (apramana) – maitri (lovingness), karuna (compassion), mudita (joy) and upeksha (equanimity) .

Mudita is traditionally considered the hardest to cultivate because it celebrates happiness and success in others, even when we face tragedy ourselves.

The concept of mudita became crystal clear when Parwati shared her own experience and thoughts on the production. “The sudden pause in our lives during lockdown has forced us to adapt to new challenges. The vibrant art space suddenly became devoid of the collective resonance of ghunghroos and laughter. While at first the silence provided positive creative stimulation, the frequent ambulance sirens from the nearby hospital sent shivers down my spine. Life seemed to be moving towards uncertainty. The idea of ​​joy seemed like a distant notion. It made me revisit the mudita,” says Parwati.

The play was based on the raag Madhamad Sarang, who blossomed like a pallavi in ​​the emotions of selflessness and compassion.

The third piece ‘Pratibimba’ was based on the ‘darpani’ pose, which is one of the most important bhangis in Odissi. This sculptural posture can be seen on the temple walls with the Shalabhanjikas holding the mirror. The choreographer thinks about what the woman is looking at. Does she simply admire her own beauty or does she examine the connection between physical and inner beauty.

The pallavi in ​​raag Jog set on Ashta taal explored the different connotations of darpan (mirror) and pratibimb (reflection).

The concluding piece was based on “Om mani padme hum”, the six-syllable Sanskrit mantra, particularly associated with Avalokiteshwara (the bodhisattva of compassion), and a main mantra of Tibetan Buddhism, where the lotus signifies purity and realization spiritual and therefore, awakening. Mani Padme is preceded by “Om” and followed by “Hum”, two syllables widely known as divine sounds.


The soundscape of this piece was aesthetically designed by Parwati.

It opened with the lingering resonance of the Tibetan metal bowl, blending the deep, grave chanting of the monks and the kharaj-sadhana in the dhrupad tradition. A low-tone mardal and ukkuta (mnemonic) recitation provided a musical basis for the dance, which was choreographed by Parwati, and in which she maintained the sacred geometry of Odissi, while observing minimalism in the movements.

Dancers Vaibhavi Pathak, Aishwarya, Bhargavi and Sheetal Bhamre made their guru proud with their performance. “The movement’s vocabulary is inspired by Thangka and Ajanta paintings,” Parwati said.

“Take care of your health by taking care of the planet”