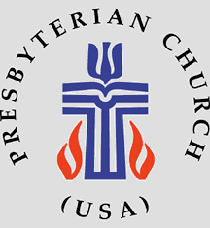 The rich heritage of our Christian faith is inseparable from the historic land of Israel, and our deep connection to Israel provides us with an unshakeable spiritual foundation as followers of Jesus. It is heartbreaking and disappointing when members of our community turn their backs on Israel; Unfortunately, this seems to be all too common these days.

On July 8, the annual general meeting of the Presbyterian Church in the United States (PCUSA) passed a resolution stating that the Israeli government’s laws, policies and practices towards the Palestinian people “meet the international legal definition of apartheid”.

The resolution compared Israel’s policy in the West Bank to race relations in apartheid-era South Africa, further alleging that Israeli laws privileged the Jewish people over the Palestinians and relegated the latter to living in ” reservations and ghettos”. Stating that Israel has denied its Palestinian residents “freedom of residence” and the “right to a nationality,” the committee called on Church members to support an end to Israel’s so-called apartheid.

This is not the first time that members of the PCUSA have made such accusations against the State of Israel. Earlier this year, a Church leader describe Israel’s policy towards the Palestinian territories as an “occupation” and likened it to “21st century slavery”.

The idea that Israel is an apartheid state is abhorrent. The fact is that the Jewish people have experienced nearly two thousand years of persecution by those who identify as Christians, and the Jewish state has spent its entire existence threatened by conflict and destruction. It is only recently that relations between the Jewish and Christian communities have begun to recover; this resolution rolls back all the progress made by our two communities.

By accusing Israel of apartheid, and ignoring the complexities and historical facts of the current Israeli-Palestinian conflict, the recent decision of the PCUSA only calls for the delegitimization and destruction of Israel.

As Christians, we respect the inherent dignity of every person, regardless of ethnic or religious background. Our faith calls us to be resolutely “pro-humanity”. In return, we must work and pray for peace for all the communities that inhabit Israel as well as their neighbors in the region.

A declaration of Israel as an apartheid state by a prominent Christian church does nothing to achieve this peace. Instead, it undermines the possibility of peaceful coexistence and betrays our providential calling to be “pro-humanity.”

And the implications of the CPUSA resolution go far beyond the Middle East; the reality is that these accusations of apartheid can give credence to those who seek – often violently – to target the Jewish people.

Let us not forget that the most horrific and violent acts of erasure in history against the Jewish people, which took place in Nazi Germany before and during World War II, began with dehumanization and forced expulsion of Jews from German society. The PCUSA resolution, which alleges that Israel relegated Palestinians to second-class citizenship and forced them to live in ghettos, is not only false, but mitigates those same injustices that Jews have faced in the Interwar Europe.

By effectively blaming the entire Jewish homeland for evils similar to those perpetrated by the Nazis or the apartheid government of South Africa, the PCUSA opens the door to anti-Semitic hatred in the United States.

I have long sounded the alarm about the threat of anti-Semitism. In 2021, the Anti-Defamation League reported more than 2,700 incidents of anti-Semitism targeting American Jews, the highest number since the organization began tracking such data in 1979.

It is a poison that the Jewish people have had to deal with for generations. As Christians, we need to build support systems to help our Jewish brothers and sisters fight anti-Semitism. And this is especially true in our churches, where anti-Semitism has often gone unchallenged.

Anti-Semitism, including anti-Israeli prejudice, has no place in our churches. It is immoral and should be consistently rejected by Church leaders and community members. The Church can no longer ride the wagon on this subject. As Christians, we have a moral obligation to firmly defend a Jewish state where Jews can feel safe.

Scott Phillips is executive director of Passages, a non-profit organization offering Christian students a new and innovative approach to discovering the Holy Land.