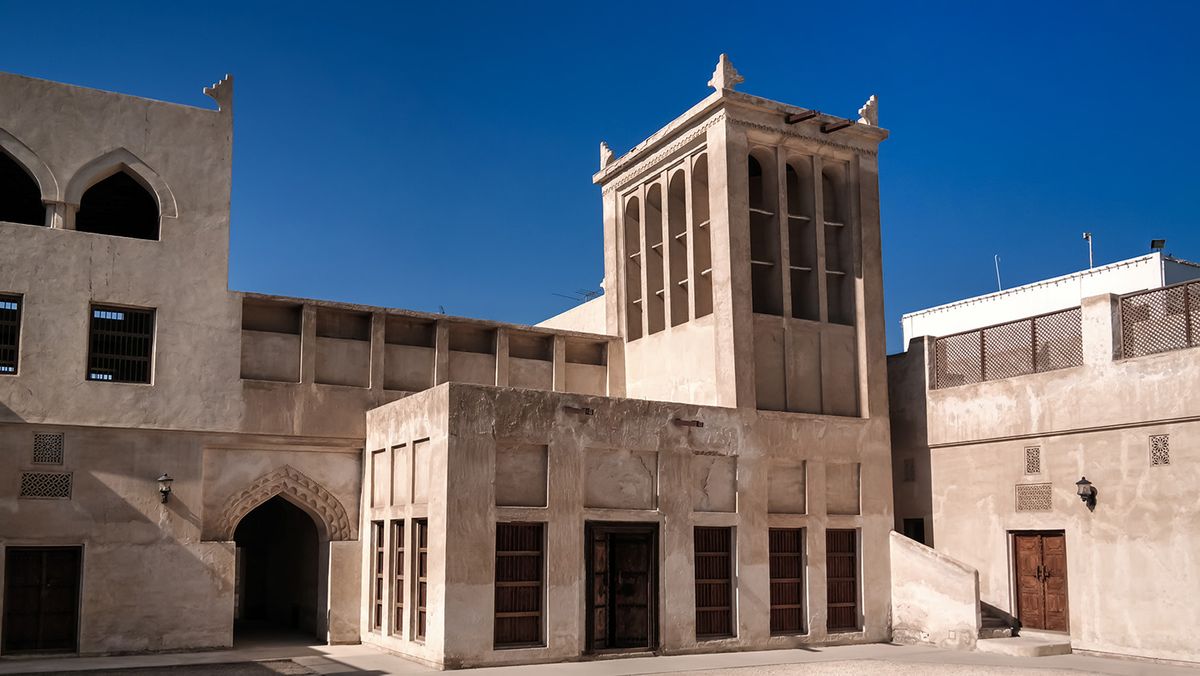 While the pearl has indeed been at the heart of Bahrain’s history since ancient times, Mohammed focuses more on its recent history, from the birth of the modern Bahraini kingdom in the 18th century. He credits the Al Khalifa royal family with introducing rules that made the profession a viable choice, and it thrived here on the island for three centuries.

“It was extremely hard and perilous to be a pearl fisherman. You could be in the sea for more than four months, starting at the end of May,” Mohammed tells me, noting that many poor souls were lost during this time. “Even today, most Bahrainis will have some connection to boat building, diving, trade or some kind of assistance to this operation.”

Later, Mohammed mentioned that his great-grandfather had been a diver. In the early 1930s, however, a difficult time for pearl divers began. Bahrain’s pearl industry came to an abrupt halt when Asia began massive exports of cultured pearls produced by oyster farms. But nothing beats the real thing.

“When you find a large natural pearl, it is a spiritual experience; it connects you to your ancestors. But you also feel a strong sense of accomplishment,” Mohammed smiled as he showed me his treasured collection of the most valuable finds he had dived for over the past decade. My journey was less impressive. I had found 22 small pearls among Mohammed’s oysters, but I was more than satisfied. Visitors who book scuba diving experiences here (there are several operators) usually keep their sparkling finds. For me, Bahrain already lived up to its nickname: the “Pearl of the Persian Gulf”.

The pearl runs through the spine of this country. I was eager to learn more about its origins on the island and how far back its history went, so I met Salman Al Mahari, Bahrain’s Director of Archeology and Museums, at the remarkable National Museum of the capital Manama, one of the first such institutions in the Gulf region.

“Foreign visitors are often shocked to discover that our history dates back over 5,000 years – to the Bronze Age civilization of Dilmun,” said Salman as we browsed through shiny new galleries showcasing treasures found in dozens of sites across the island. “Since the first Danish archaeological expedition in the 1950s, led by Geoffrey Bibby, we know that Bahrain was the heart of ancient Dilmun and acted as a strategic trading entrepot between Mesopotamia and the Indus Valley.”

Salman showed a striking sculpture of a bull’s head, dating from 2500 BC. J.-C., telling me how the people here had made the most of the essential commercial commodity of the time: copper. “Dilmun is, in many ways, tied to the narrative around the mythical Garden of Eden,” he continued, explaining how archaeological finds had pointed to what was then a lush island with plenty of fresh water and a advanced economy.