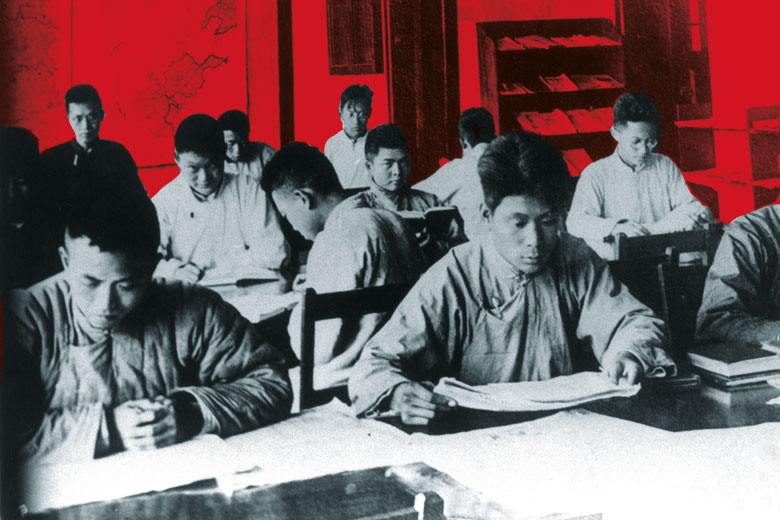 Reexamine the past of Western universities, but not their academic values

Amid strong and understandable calls for the decolonization of the curriculum, the dominance of “Western” knowledge itself has at times come under attack.

For example, in a recent article by News from academia, Simon Marginson, professor of higher education at the University of Oxford, complained about “Anglo-American globalization” and “its forced uniformity of cultures and languages, stigma and exclusion from all that which is different ”.

“All endogenous (indigenous) knowledge is excluded,” he wrote. “The closure is supported by this deep Anglo-American conviction that ‘our’ culture is not only the best, but sufficient and that no further ideas are necessary.”

But Western conceptions of knowledge underpin the idea of ​​the Western university – and it is striking how much this idea has been adopted around the world.

Universities of the “Western model” were created in the countries of the South mainly in the 19th century. Colonialism was, of course, the main driver. The efforts of Christian missionaries also played an important role – and often the two were linked.

The colonizers had different approaches to higher education. The British have been active in authorizing or sponsoring it, the French less so, while the Portuguese have avoided academic development altogether. Spanish higher education has “outsourced” higher education to the Catholic Church, in particular to the Jesuits, with the dual objective of Christian conversions and colonial management. All recognized the need for a small western educated indigenous class to manage the colonies.

In India, the modest expansion of higher education under colonialism was largely the result of missionary efforts and Indian initiatives to provide access to the burgeoning civil service and commerce to an emerging middle class. The British authorities invested little in higher education until 1857, only then trying to control this nascent sector.

Unsurprisingly, the institutions that emerged followed the British model and used English as the language of instruction. It is, of course, significant that all colonial universities used the language of the colonizer – and many former colonies still do.

Many parts of the world had rich intellectual, religious and educational traditions before the advent of colonialism. Universities were first established in South Asia – Taxila and Nalanda. Al-Qarawiyyin University in Fez and Al-Azhar University in Cairo also predate the first European universities – and both still exist today. But while intellectual and religious traditions continued in South Asia and the Arab world, traditional academic institutions could not compete successfully and were gradually eclipsed by the alternatives of the Western model.

Colonial universities used the languages ​​of the settlers since their main purpose was to train people to endow colonial governments. Likewise, the curriculum has been entirely imported from the metropolis. It is only a slight oversimplification to sum up colonial attitudes towards indigenous cultures in the words of British administrator Thomas Babbington Macaulay: “One shelf in a good European library was worth all the indigenous literature of India and of Arabia ”.

Interestingly, however, in the postcolonial era no country returned to a pre-colonial higher education model. Moreover, it is not only the colonized nations that have adopted the Western model of higher education. For example, after the Meiji Restoration in 1868, Japan sought an academic model that would serve a society undergoing modernization and, after careful consideration of options, adopted German and American approaches, ignoring centuries-old indigenous traditions.

Likewise, when Thailand sought to modernize its higher education and society, in part to ward off possible colonial incursions, Western models were chosen, resulting in the establishment of Chulalongkorn University in 1917. In no case were they non-colonized countries seeking to modernize higher education adopt a traditional indigenous model.

The Chinese experience is also significant. In an article titled “World-Class Universities in China’s Heroic Past,” recently published in International higher education, Yang Rui points out that a variety of Western Christian missionary institutions, as well as the Chinese government’s use of Western models in the late 19th and early 20th centuries, had an influence on the development of education modern superior in China – and have proven themselves. Significantly, the powerful traditional Confucian educational model has not been used to guide China’s modernization, except perhaps for the traditional civil service examination which has become the gaokao.

When the countries of the South became independent, they maintained and developed the Western academic model, seen as an essential instrument for nation-building and human capital development. Despite a wide variety of economic systems, political realities, stages of socio-economic development, and religious and cultural traditions, almost all 21st century universities follow a largely Western model.

Much can certainly be done to make these institutions more inclusive, sustainable and socially responsible. A growing number have started to re-examine their pasts with a critical eye, recognizing their close association with difficult times in their country’s history, such as slavery, apartheid or discrimination against indigenous population groups. They began to adapt their programs to the experience of traditionally oppressed and marginalized social groups.

At the same time, it is essential to safeguard the core values ​​of the Western academic model, dedicated to the search for truth based on scientific evidence and academic freedom. Mathematician and philosopher Alfred North Whitehead memorably portrayed the role of universities as uniting imagination and experience. In a world full of great challenges, this task has never been so vital.