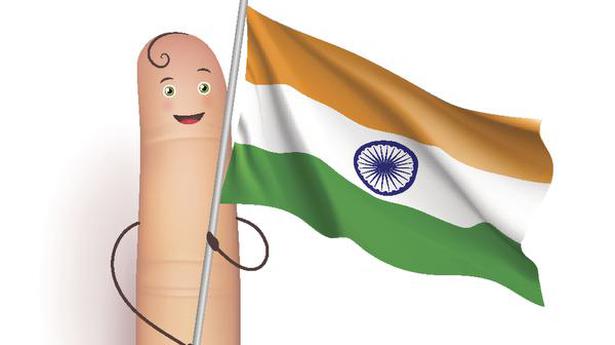 satire: My official statement – The Hindu

It is after careful consideration and long consultations with all my stakeholders that I have come to this decision, which belongs only to me and is not related to your grandfather or that of anyone else. one else. This is not a situation I ever imagined or wanted when embarking on this journey of a lifetime. I mean, I never wanted to be the center of attraction, or even a distraction. But I have long wanted to make a decision like this and issue a statement like this.

You may wonder why. Am I Joseph K, who somebody must have been lying about? Not really, although I live in Kafkaland. Am I an ultra-rich person going through a divorce, like Bill G or Jeff B? Not really, although it would be good to know how my conduct might change if someone transferred a few tens of crore to my bank account. By the way, I encourage those of you who can afford this intriguing experience to go ahead and give it a try. Those who are not rich enough can always opt for crowdfunding. Thanks to Aadhaar and Digital India, my bank details are easily available on the darknet.

Anyway, all I can say is that my statement is not motivated by a desire to offend a community, a caste, a nationality, a religion, a brand, an individual, a animal or plant (body parts of plants as well as primates in voluntary coma). Nonetheless, in case anyone is offended before reading my statement or knowing what my decision is – which is completely understandable – I extend my unconditional early apologies to them.

With the mandatory apologies out of the way, let me come to what you expected: my sanity. It is true that the “official declaration” has a long way to go before it reaches the literary stature of a novel, a sonnet or a non-fictional narrative. But it has, over the past eight months, moved quickly through the choppy waters of Twitter, Facebook, Instagram, and several other social media you don’t care about. One feature of the most memorable specimens of modern and even post-modern official statement is an inspiring paragraph or two on statement giver’s mental health issues.

So, am I depressed? My stakeholders tell me that I should avoid any reference to depression. Their logic: By referring to mental health in my official statement, I could expose myself to accusations of trivializing mental health issues. After all, wouldn’t it be considered offensive if I were to state in this statement that the likelihood of people being offended by anything I can say (about depression or anything else)? could cause me depression or a variant similar to depression with a constellation of symptoms that mimic depression without actually qualifying for the title, so to speak, purely on clinical merit?

Anyway, for all these reasons, and with deep regret, I would like to announce that I am withdrawing, with immediate effect, from all my responsibilities as a citizen with the rights of a constitutional democracy. This is a very personal decision that has absolutely nothing to do with the erosion of the rule of law in my country or with the climate of fear and self-censorship or with the general loss of trust. in the capacity of the country’s institutions to protect the democratic rights of ordinary Indians and even more ordinary media.

Notwithstanding the above, I will continue to fulfill my duties as a proud nationalist and staunch chauvinist. That is, whether or not I like my Indian compatriots – especially those who do not belong to my own religion, caste or class – I will continue to like my country’s territorial borders. This follows naturally from my long-held belief that there is nothing in the universe more worthy of worship than the government of India and the moral giants that rule it.

I would like to take this opportunity to also express my gratitude to the Government of India for providing national security to every Indian citizen. This is all the more laudable as millions of Indians still do not enjoy job security, food security, health care security, education security or security. survival. Some might think: it’s fine to focus on protecting our borders, but what about the people living within those borders? Don’t they deserve to be protected from hunger, malnutrition, disease, police atrocities and vigilante violence, just as they deserve to be protected from terrorist violence and Pakistan? My advice to those lost souls: Please volunteer to be investigated by the ED for money laundering, NCB for drug possession and NIA for carrying out constitutional jihad.

In conclusion, I just want to say that understanding anything and its relationship to anything is a very important thing, and at this difficult time, I ask you all to respect my privacy and give me the space. which I need. The space I need is located in Australia and costs a lot of money. So remember what I said about crowdfunding.

G. Sampath, author of this satire, is editor-in-chief of social affairs, The Hindu.