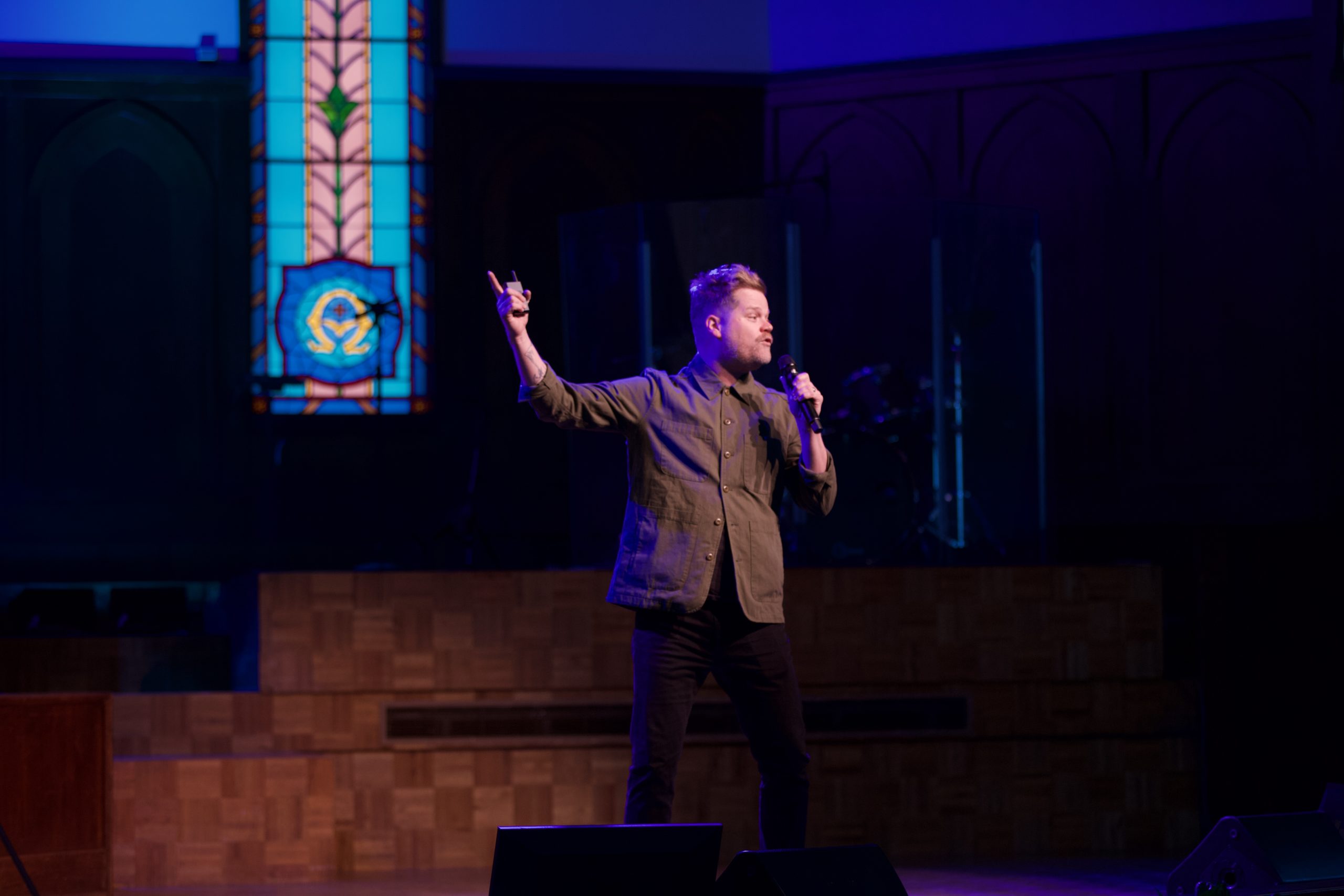 Artist and author Scott Erickson visited the John Brown University campus on January 25 during Spiritual Focus Week to speak at the chapel and launch his new book “Say Yes.” Popular among young Christians on social media, JBU students were captivated by his performance and wisdom.

A bit about Scott Erickson

Originally from Portland, Oregon, Scott Erickson is an artist, author, father of three and public speaker. His work has appeared on National Geographic, CNN and several magazines. After speaking in the chapel on Tuesday 25, he launched his new book “Say Yes”. It’s not his first book. Other books he has written include: ‘Honest Advent’, ‘May It Be So’ and ‘Prayer: Forty Days of Practice’. His second chapel talk at JBU is on Thursday the 26th.

On Tuesday evening, Erickson hosted a Talkback for JBU students to participate. The talkback included three main questions: What does your workflow look like? Can you tell us about your testimony? Finally, how would you approach the reconciliation of the church? Here are some of his responses:

Erickson said his work is not as linear as one might expect. Because he has a three-year-old child, he has to break his working day into smaller chunks in order to meet his children’s needs.

His typical day looks like this: he gets up around six o’clock and heads to his art shed to work for an hour. He returns to prepare his children for school, then takes them to school. After returning home, returns to his work. After a quick lunch and plugging his youngest into an iPad, he returns to his work. He noted that some days his creative juices are only made in fours. Some days he doesn’t do much, so he stays up late to work. Either way, he’s incredibly grateful to have a position that allows him to work at his own pace.

Can you tell us about your testimony?

In response to this question, Erickson said he had a typical Christian upbringing: “I dedicated my life to Christ as a young boy, then recommitted my life to every summer camp thereafter. .” As he grew older, he discovered that he increasingly loved the idea of ​​finding God in the world around him. In the latter part of his life he found himself ordained spiritual director. Its purpose is to talk about people’s relationship with the divine and to help them grow.

How would you reconcile the church?

He began his answer to this question by saying that it is important to recognize that he is a white man in Christian America. The Church, when it comes to church matters, is more than happy to give it a voice, especially in relation to more marginalized groups.

Erickson said much of what characterized the church in the past was that authorities said an individual cannot be trusted. The individual had to rely on the spiritual leader of the day for the truth. He thinks the current role of a minister should help people look inward at their relationship with the Divine and seek the truth in this mansion.

After discussing these issues, Erickson read a passage from his new book and signed copies for the students. His second chapel talk at JBU is scheduled for January 27.

A metaverse with Chinese characteristics is a clean and compliant metaverse