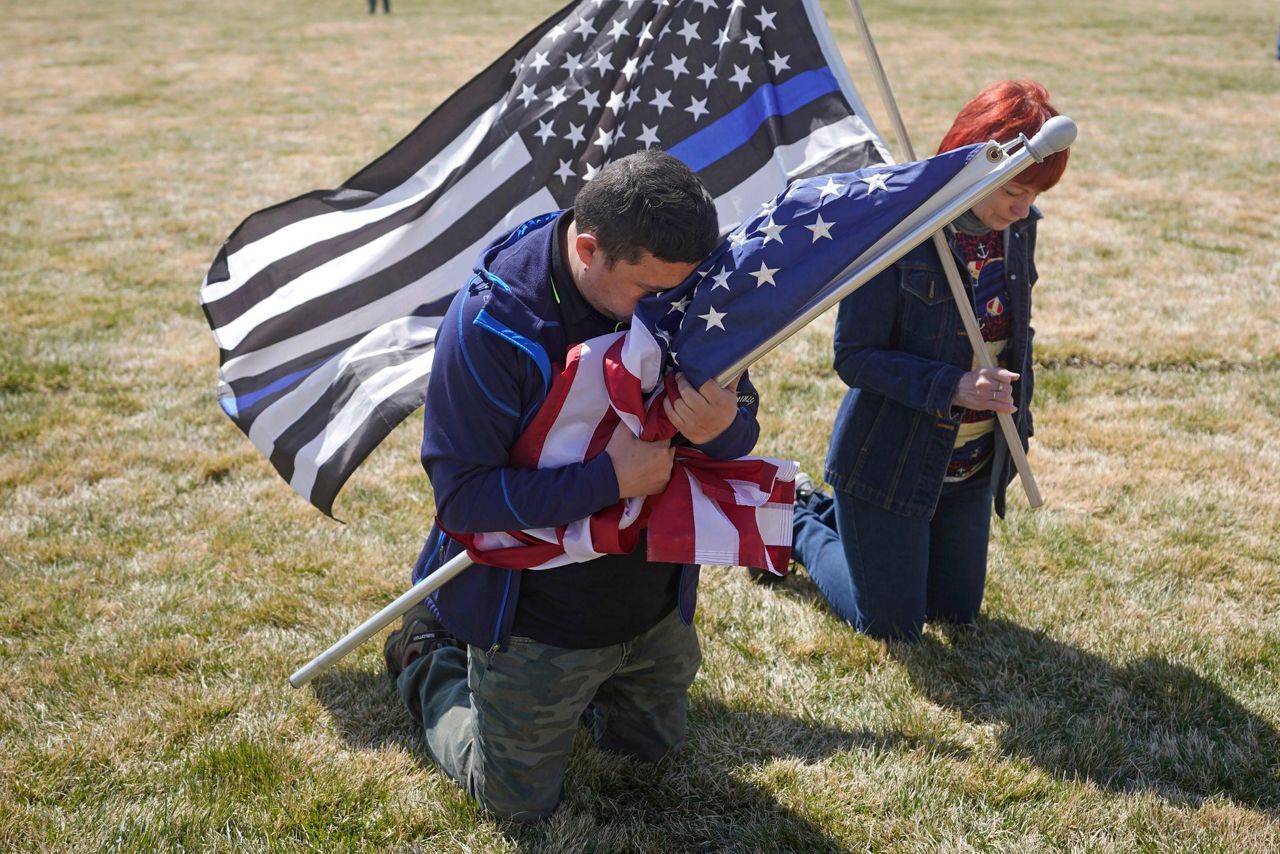 After a gunman killed 19 children and two teachers at an elementary school in Uvalde, Texas on May 24, several pastors across the country challenged their conservative counterparts with this question: Are you pro-life if you are you pro-gun?

One such religious leader is the Reverend Steven Marsh, senior pastor of the Geneva Presbyterian Church in Laguna Woods, California. It was there that a gunman, who officials say was fueled by hatred against Taiwan, opened fire on May 15 during a luncheon hosted by members of the Taiwanese Presbyterian Church in Irvine, killing one and wounding five others.

“I’ve heard people tell me I’m not a Christian because I’m pro-choice,” Marsh said. “I ask these people: how can you be pro-life and not support the elimination of assault rifles? You can’t choose where you want to be pro-life.

Marsh’s emotional statement is a vignette in the larger narrative of a divided nation over how — or if — guns should be regulated. The religious community is not monolithic on this issue.

Believers fed up with years of failed gun control efforts and mourning the latest mass shooting victims point to what they say is hypocrisy – conservative Christians pushing to abolish abortion and granting unhindered access to firearms. Those who disagree argue that the real problem is sin and easy targets. It’s not guns, but “evil” in people and abortions that kill, they say.

These entrenched partisan divisions in the United States over abortion and gun rights are stark after high-profile massacres in New York, California, Texas and elsewhere as the country awaits a ruling from the state Supreme Court. States that could override the constitutional right to abortion.

According to 2017 Pew Research Center data analyzed for Christianity Today, 41% of white evangelicals own a gun compared to 30% of all Americans — the highest share of any religious group. The survey also shows that 74% of all gun owners in the United States agree that their right to gun ownership is essential to their sense of freedom. Most states also allow firearms in places of worship.

Author and Christian activist Shane Claiborne challenges the idea that the United States has a sin problem, but not a gun problem; he says he has both. Claiborne recently traveled to Uvalde to support the victims and to Houston to pray and protest at the National Rifle Association convention held days after the massacre.

He distributed leaflets saying “We can’t be pro-life and ignore gun violence” and asking “Are we going to choose the gun or the cross?” Claiborne said he was among those asked to leave the NRA’s Sunday prayer breakfast after he interrupted the program to call for prayers for Uvalde’s victims.

Claiborne wants to see laws change, including policies that would raise the age of gun ownership, limit magazine capacity, ban assault-type weapons and mandate training. He said laws can’t force people to love each other, but they can make it harder to take a life.

“We want to make it harder for people to kill other people, and we’re making it really easy right now,” Claiborne said.

Conservative pastors have said the mass shootings and other social harm are the result of an overall breakdown in moral values ​​and disregard for human life.

Pastor Tim Lee, an evangelist and former U.S. Marine who lost both his legs in the Vietnam War, was one of the guest speakers at the NRA prayer breakfast that Claiborne and others were asked to leave .

After the Uvalde shooting, Lee posted on his Facebook page, “It’s so heartbreaking. I’ve said it so many times – When children hear adults say it’s OK to kill babies (abortion), then all respect for human lives is gone.

The gun debate is deeply personal for Reverend Chineta Goodjoin. Her best friend, Sharonda Coleman-Singleton, was one of nine people shot by Dylann Roof in June 2015 while sitting in prayer at Emanuel African Methodist Episcopal Church in Charleston, South Carolina.

Goodjoin, who leads the New Hope Presbyterian Church in Anaheim, California, said believers must rise up in “righteous anger” to demand sensible gun regulation. When massacres occur in community spaces like churches, schools and supermarkets, it tests the resilience of an entire community, she said.

“How can you teach in schools when people are traumatized by gun violence? ” she says. “When a church is no longer a safe space, do I work to increase safety or strengthen people’s faith? The impact is like an epidemic that touches every fiber of our being.

But others, like the Reverend Russ Tenhoff, say it is simply not possible to “legislate security”.

“There are a lot of laws, but people who are lawless don’t obey them,” said Tenhoff, senior pastor of Mountainside Community Fellowship in Kingwood, West Virginia. “Murders will happen even without guns. We can never prevent gun violence.

As a gun safety officer who trains adults and children, Tenhoff says the solution is to “strengthen the schools,” which have become easy targets.

“We need to put one-way locks in schools, have metal detectors and an armed officer in every school,” he said.

For a Catholic pastor in Newtown, Conn., who a decade ago experienced the grief that now shrouds Uvalde, the lack of political will to enact gun legislation is unfathomable.

Monsignor Robert Weiss, who heads St. Rose Parish in Lima, presided over the funeral of eight victims who were murdered at Sandy Hook Elementary School on December 14, 2012. He held an evening mass at his church the day after the shooting in Texas. .

“I guess I was silly to think Sandy Hook was going to change the world,” he said in a video recording from the service.

Weiss also questioned the consequences of individualism in America.

“Did our ancestors want for us?” He asked. “Living in a country where unborn babies are aborted, where children are murdered in school where they should be safe, where you can’t even go to the grocery store or church or the library and feel like you’ll be OK?”

Pastor Mike McBride, who leads the Way Christian Center in Berkeley, California, said those on different sides of the gun issue need to find common concerns to unite and work together on solutions.

McBride says many of those who are pro-guns also worry about accidental gun deaths, intimate partner violence and suicides.

“These shared concerns can be resolved with targeted strategies that don’t bog us down in the fight against the Second Amendment,” he said.

McBride suggests having listening campaigns in faith groups and neighborhoods – a “peace infrastructure” to combat violence.

Marsh, the pastor of Laguna Woods, says the shooting at his church and other recent massacres have inspired him to have “more serious conversations about this issue” in his community. He would like to see various religious communities organize marches in local government seats to push lawmakers to act.

“That’s enough,” he said. “We must stop using Christianity as a veneer to deny reality.”

Associated Press religious coverage receives support through the AP’s collaboration with The Conversation US, with funding from Lilly Endowment Inc. The AP is solely responsible for this content.

As The Enneagram’s Popularity Soars, Having An Experienced Guide Is Essential

Mathura again in the center of attention