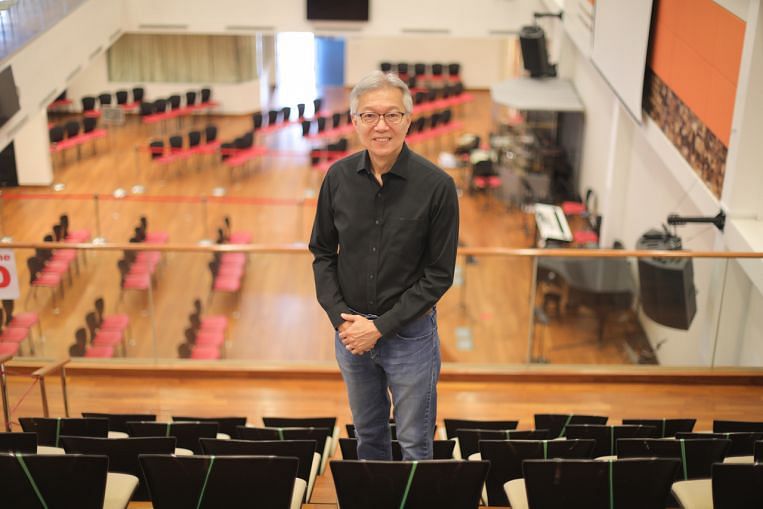 SINGAPORE – Pastor Christopher Chia found himself in a dangerous situation following September 11, 2001 – his safety could not be guaranteed.

A foreigner attending his Presbyterian Church on Adam Road had aggressively tried to evangelize local Muslims and even traveled to a neighboring country’s capital to distribute pamphlets calling on Muslims to believe in Christianity instead.

“It has totally distorted the position of our church,” said Reverend Chia, 62. “We believe in sharing Jesus as much as we can, but we totally disagree with how he did it.”

Singaporean authorities then visited Reverend Chia at his home. “They feared that the views of this stranger would be misunderstood by radical Muslim circles as my personal views or those of our church, and alerted me to the danger of lone wolf attacks on me, my family or my church.” , he recalls.

“I walked around more scared for my young children, my elderly mother and my young church.”

Turning to her faith for comfort, Reverend Chia says, taught her a liberating truth. “We cannot live with less fear in our imperfect world, but we can learn to be less afraid. If we allow fear to stalk us, we become victims. If we face our fears by faith, we become winners. “

He remembers lying awake with the television on all night as the disaster unfolded in New York City. “It was totally surreal. Was it a movie? A hoax? It was horrible to see the reruns,” he said.

“My son still remembers going to school the next day, and it seemed like the world had changed. There was such a dark cloud above everyone.

The pastor participated in a subsequent dialogue with community and religious leaders – convened by then Prime Minister Goh Chok Tong – which ultimately led to the formation of grassroots interracial and religious circles of trust.

“It was to prevent religious adherents (from) taking matters into their own hands. We were called to cool the temperatures of our congregations, to calm the nerves of our herds, to prevent any religious self-defense body and sectarian responses. “Says Reverend Chia of the session with Mr. Goh. “Things were so fragile and on hot coals all around.”

He recalls that churches assigned members to be on the lookout during services, and some Christian leaders even chose to remove their profiles from church websites for fear of being targeted.

Amid the fear and paranoia brought on by terrorist attacks around the world since, it is important that Singaporeans do not take the country’s peace for granted, Reverend Chia said.

“We cannot eradicate wars and terrorism. There will be another source or cause of another episode of global fear – this Covid-19 pandemic is our latest example – but we can mitigate them,” he adds -he.

“Peace is not the absence of war. Peace is the presence of goodwill among neighbors – and each of us is able to share a small dose of peace every day.”