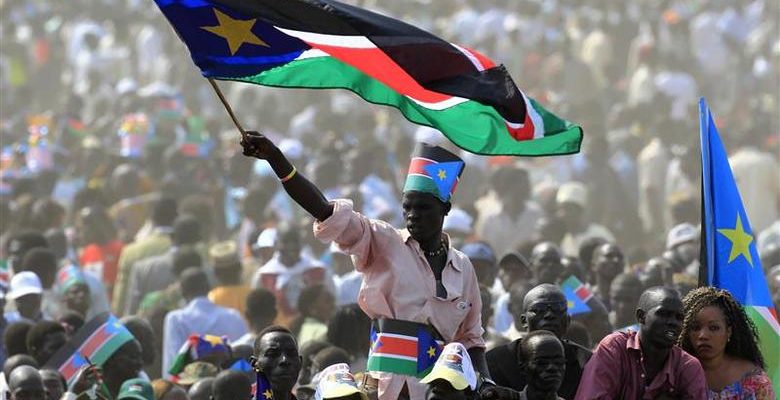 Ten years after South Sudan’s independence, a look at the role of the Church amid anticlerical violence

On July 9, 2021, South Sudan turns 10 independence – but it does it in the middle worry about violence in the young nation.

Recent attacks on two Catholic priests also highlighted the role of the church in South Sudan. The country’s freedom was obtained after two long civil wars against its northern neighbor, Sudan, in which religious identity played a key role. During the second of these wars, from 1983 to 2005, the Sudanese government attempted to shaping the country as a Muslim state, prompting a response from the predominantly Christian south. The resulting fighting saw around 2 million people killed.

As I explore in my recently published book, Christian clergy and laity played a prominent role in the wars of liberation. Like a specialist in Christianity in South Sudan, I believe that understanding the historic role of the church in the politics of southern Sudan can provide important context for the current situation.

A warning to the church?

South Sudan, a nation of about 11 million people, is considered one of the most diverse nations in the region, made up of more than 60 different ethnicities. About 60% of its population identifies as Christian.

But despite this majority status, there have been recent attacks on prominent church members.

In April 2021, Reverend Christian Carlassare – an Italian Catholic priest recently sent to lead the Diocese of Rumbek – was seriously injured by armed men who stormed his residence. It followed an attack last June in which Anglican priest Daniel Garang Ayuen was killed in an attack in which the cathedral of the diocese of Athooch was set on fire. And in 2018, the Catholic priest of Kenyan origin Victor Odhiambo was killed. The previous year, Pentecostal Bishop Joel Mwendwa had been killed in the capital Juba for apparently too noisy during morning prayers.

Report on the last attack, Rated religion information service: “Some have suggested that the attack on Carlassare may have been a warning for the Catholic Church to steer clear of political disputes in South Sudan and to deter a papal visit.”

In recent years, political conflicts have largely unfolded along ethnic lines. South Sudan is only recently emerging from a devastating and multi-year civil war. It was sparked by a dispute between President Salva Kiir and Vice President Riek Machar in 2013, but turned into a full-scale conflict between their respective ethnic groups, the Dinka and the Nuer.

While Sudan’s Independence Day celebrations are meant to encourage national unity, acts of intimidation against the church may, I believe, end up undermining the traditional role it has played as a unifying force in the country. He was reported that since the release in 2011 the church was sidelined as a political force. This would represent a break with the role played by the clergy in the struggle for freedom of South Sudan against Sudan.

Sudan was under Egyptian rule for much of the 19th century. In 1899 it came under British control and was administered by a Anglo-Egyptian colonial administration. While the British allowed extensive Christian missionary work in southern Sudan, they placed serious restrictions on this work in northern Sudan, where Islam had been a strong cultural element for centuries. Sudanese speak Arabic and those who are Muslims are generally Sunnis.

After Sudan gained independence from its colonial masters in 1956, the national government attempted to shaping the country along Islamic lines.

This took the form of the nationalization of mission schools – replace missionaries as primary school principals in the process – eliminate Sunday as a weekly holiday and replace it with Friday, the weekly Muslim holy day, and expel hundreds of foreign Christian missionaries in 1964.

While much of northern Sudan – the seat of national power – was already Islamic, many in southern Sudan did not identify as Muslim. In addition to the non-Arab ethnic groups already existing in the south, Christian missionary organizations had worked in southern Sudan during the colonial period.

While the number of conversions to Christianity during colonial times was low, the ancients Students from the Southern Mission School were among those become political organizers when civil war broke out in 1955.

During the first Sudanese civil war from 1955 to 1972, religious figures played a prominent role. Catholic priest Paolino Doggale protested the government’s elimination of Sunday as a weekly holiday, using the issue as a rallying point against the Sudanese government.

Meanwhile, Catholic priest Saturnino Lohure joined the Anyanya armed guerrilla army, which fought against the north. Killed in the bush, Lohure was positioned by the outgoing President of South Sudan Salva Kiir as ranking among other heroic figures in the struggle for the country’s freedom.

The civil war ended in 1972. But a precarious peace escalated into another conflict in 1983. During the Second Civil War, the rebel newspaper of the Sudan People’s Liberation Movement, the SPLM / SPLA Update, published articles in the Catholic priest Thomas Attiyah. Attiyah was inspired by biblical passages to encourage resistance and blow up the Sudanese political system as “evil”. During the war, religious leaders formed the New Sudan Council of Churches. Joined by all the Churches of the South in 1989, in 1991, the NSCC supported the SPLA in an area larger than Kenya.

They were supported by international Christian organizations, such as Christian Solidarity International and Samaritan’s Purse, which worked to raise awareness in the international community about the suffering of South Sudan during the war. Such organizations have lobbied for US sanctions against Sudan and supported the International Law on Religious Freedom 1998, which allowed the United States to put countries on a “watch list” for “violations of religious freedoms.”

The long civil war ended in the years 2005 Comprehensive peace agreement, which mandated the holding of a referendum on independence in 2011. Voters who took part in the referendum massively opted for secession.

The Future of Church-State Relations

Given the past influence of Christian leaders in South Sudan, I would say it is hard to imagine the church easily retreating from its larger role in society – even with recent incidents of anticlerical violence.

The church operated under circumstances of conflict from the mid-1950s. Priests, pastors and nuns protected civilians from extremists on both sides and sometimes stood up to armed men while being for the most part unarmed themselves.

But the recent attacks by members of the clergy are a reminder of the violence that marked South Sudan during its ten years of existence.

This article is republished from The conversation under a Creative Commons license. Read it original article.