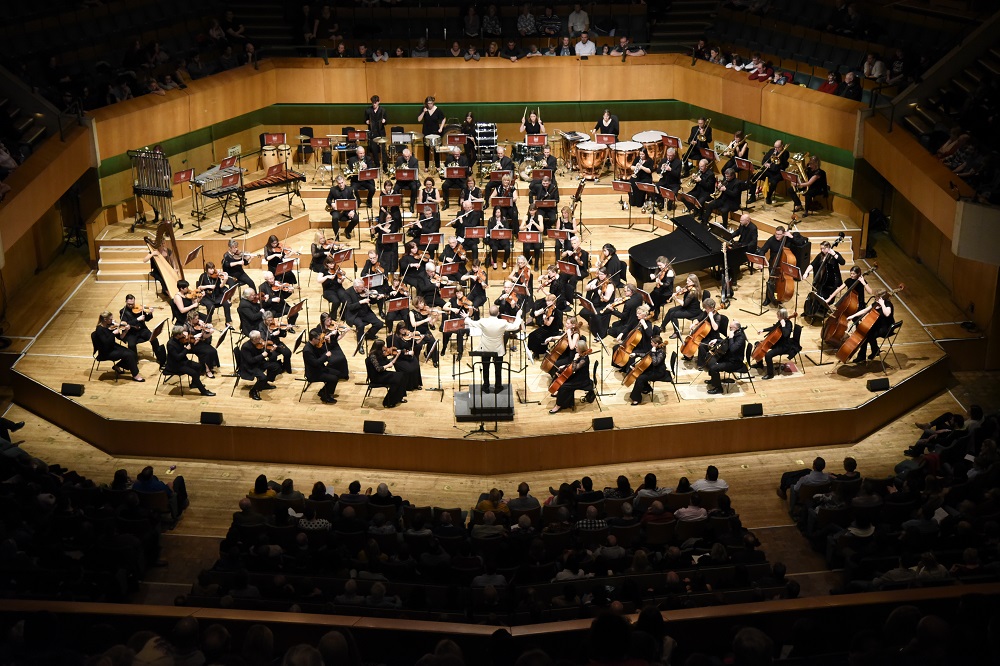 Michael Bell, founder and conductor of the Cardiff Philharmonic Orchestra, looked remarkably calm and serene as we began our telephone interview on the 40th anniversary of his group of amateur musicians.

I was expecting it to be perhaps a bit disheveled, given the twists of fate in the run-up to the orchestra’s special celebration at its spiritual home, St David’s Hall, Cardiff, on Friday 24th June . But no. It was as serene as a Mozart adagio.

The orchestra had planned the anniversary concert in the hall on June 18. But the postponed Stereophonics concert and the resulting disruption in the city center forced its cancellation. Fortunately, June 24 has become available.

Everything seemed to be back on track until talented pianist Martin James Bartlett, who was to play Gershwin’s Piano Concerto at the concert, was forced to withdraw at almost the eleventh hour due to illness.

With the help of the Young Classical Artists Trust, Mr. Bell was able to engage the brilliant 22-year-old Italian pianist, Gabriele Strata, to play the concerto at the concert.

“We hired Martin James Bartlett over a year ago,” Bell said. “Then he had to withdraw. Well, these things happen. The show must continue.”

Mr Bell, who received the MBE in 2018 for his services to the orchestra, said: “We will only see Gabriele the day before the concert. There will then be a full rehearsal and another rehearsal during the day.

“We have done everything before. We all know the part, so just put the two halves together.

“There will be a lot of spontaneity and excitement, that’s how it should be. We’ll all be on our metal. It’s always a challenge, but also a great joy for us and hopefully for the public.

Mr Bell, who graduated from Cardiff University School of Music in 1981, formed the orchestra in March the following year, bringing together former music students who wanted to play the music they loved.

The first concert was at St David’s Cathedral in Cardiff on June 19, before St David’s Hall even opened.

“We thought it would be a one-off gig,” Bell recalled. “Then we said we would do one more, then one more and just one more. We kept doing one more and now we’ve done about 400 shows.

The orchestra has a wide repertoire and is not afraid to tackle difficult works like Mahler’s First and Second Symphonies, Richard Strauss’s Alpine Symphony, Stravinsky’s The Rite of Spring, as well as works by Shostakovich .

He has also given world premieres, including Mr Dahl, by Welsh composer Bernard Kane. It was narrated by Newport-born Hollywood actor Micheal Sheen.

The orchestra has also worked with Sir Bryn Terfel and Sir Karl Jenkins.

Although St David’s Hall is the orchestra’s “spiritual home”, where it gives four concerts a year, it has performed in venues in Zurich and Nantes, as well as the Salle Pleyet, the first venue concert in Paris.

He also performed in that town’s imposing Eglise de la Madeline, where Faure’s Requem was first performed. The orchestra also performs at the Miners Institute in Blackwood.

“We have members of all ages and professions, including teachers, those working in industry and office workers,” said Mr Bell, who has spent his working life in council administration. from Cardiff.

“We meet every Friday night to rehearse at the Bishop of Llandaff School Hall. It’s always a lot of fun and very rewarding.

“We like to stretch, play stimulating repertoire as well as lighter music. Our regular Night at the Movies concerts are always popular with the public.

Mr Bell said: “The opening is ideal for our anniversary concert. It is a living reflection of the industrial and cultural history of Cardiff Bay.

The orchestra recently attracted international attention and some criticism after dropping a Russian music program in light of the war in Ukraine. It was another interesting episode in the orchestra’s 40-year history.

“We did it with the best of intentions and we didn’t expect him to develop the way he did. It was the right thing to do at the time but, of course, we include Russian music in future programs.

Mr Bell, who is also Music Director of the Abergavenny Symphony Orchestra and conducts Brecknock Sinfonia and Hereford Symphony Orchestra, was optimistic about the future of classical music in Cardiff and beyond.

“We hope to continue to provide varied programs that we and the public will enjoy,” Bell said. “It is encouraging that we are attaching young musicians who will ensure that the orchestra is fresh and dynamic.”

Here comes the next 40 years!

Where do the paths of Buddhism and yoga intersect? Words of a “Bendy Buddhist” – Buddhistdoor Global