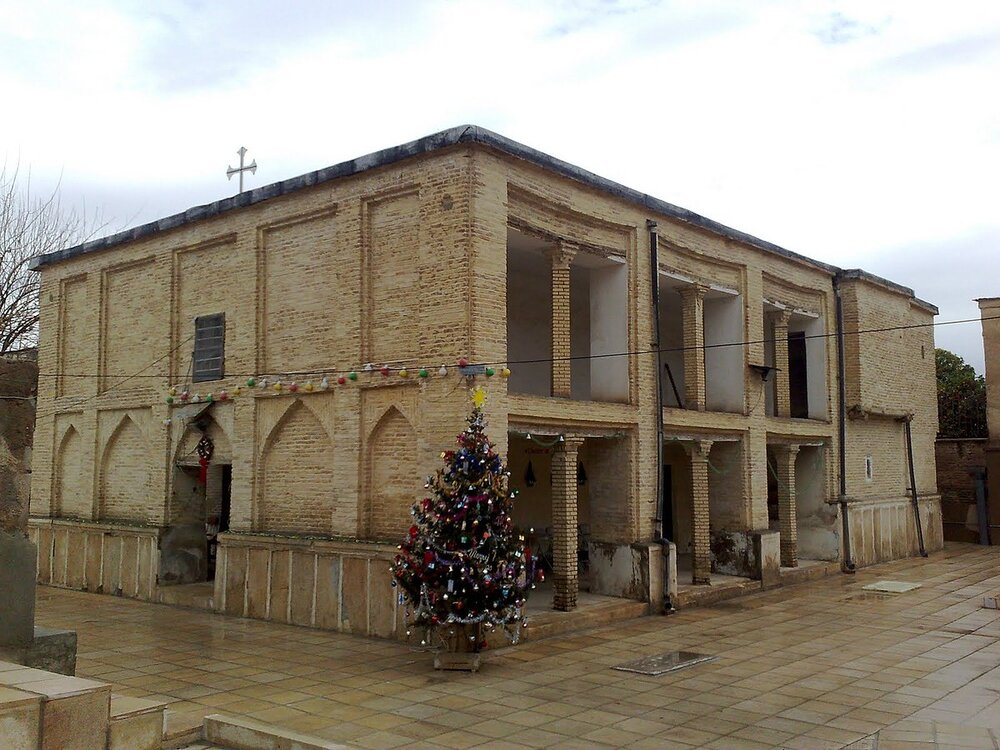 The Church of St. Mary of Shiraz is being restored

TEHRAN – The centuries-old Armenian Church of St. Mary in Shiraz in the southern province of Fars has undergone rehabilitation work, the provincial tourism chief said.

A budget of 1.4 billion rials ($ 34,500 at the official exchange rate of 42,000 rials to the dollar) has been allocated for the project, which aims to prevent the destruction of the historic monument, the CHTN said on Sunday citing Jamshid Moeini. .

The project involves reinforcing the roof as well as replacing worn materials and repairing the roof gutters, the official added.

The restoration project is expected to be completed by the end of the summer, he noted.

Located in the historic Sang-e Siah (Black Stone) district, the church was built in 1662. Built in 1816, the two-story building next to the church was added to this Armenian religious complex.

One of the most distinctive aspects of the architecture of this church is its non-ornamental quadrilateral exterior, in which there is no indication that an actual church existed, however, its domed interior can be seen from the interior of the room.

The ceiling paintings are drawn with a unique angle that makes visitors think they are standing under a dome, even if the ceiling is flat.

The church prayer hall is one of the oldest and most beautiful buildings in 17th century Shiraz, built by Christian and Muslim architects.

The plaster casts of the church can be considered a masterpiece of its time.

Armenians in Shiraz claim that the church has been damaged twice in the past century by earthquakes, which have been restored closest to its original state.

Celebrated as the heart of Persian culture for over 2,000 years, Shiraz has become synonymous with education, nightingales, poetry and craft skills passed down from generation to generation. It was one of the most important cities in the medieval Islamic world and was the capital of Iran during the Zand dynasty from 1751 to 1794.

Shiraz is home to some of the most magnificent buildings and sites in the country. More and more, it attracts more and more foreign and domestic tourists flocking to this provincial capital.

The Eram Garden, Afif-Abad Garden, Tomb of Hafez, Tomb of Sa’di, Jameh Mosque of Atigh and Persepolis, a UNESCO World Heritage Site, are some of the historical, cultural and ancient sites of Shiraz that are of interest to domestic and foreign tourists. .

Shiraz is also home to beautiful historic gardens such as Bagh-e Narenjestan and Eram Garden, which are top tourist destinations for domestic and international tourists.