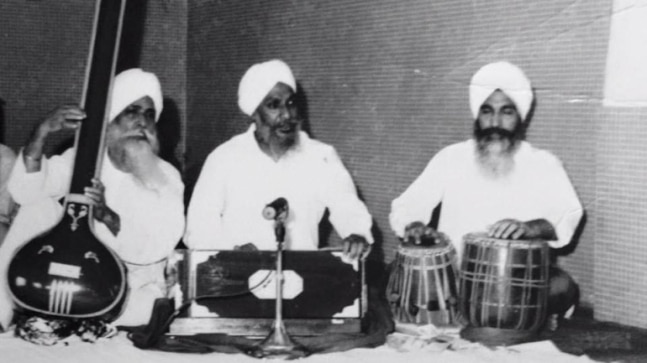 Just when we thought Punjab had escaped unscathed from the swirling native versus foreign debates that were rocking the rest of North India, none other than the Jathedar of Akal Takht jumped on the bandwagon over the origin musical instruments used in the singing of hymns at the Sikh Faith Center in Amritsar.

The Giani is upset about the use of the harmonium for kirtan, or hymn-singing, at the Sri Darbar Sahib shrine because it was originally an alien invention.

A French inventor, Alexandre Debain, produced his harmonium in 1840. Major improvements after 1850 were made by Victor Mustel in Paris and Jacob Estey in the United States, according to Britannica.

The Jathedar therefore requested the Shiromani Gurdwara Parbandhak Committee, the highest Sikh religious administration housed in the same compound in Amritsar, to phase out the harmonium from the chanting of hymns to Sri Darbar Sahib within three years and replace it with string instruments originating from the subcontinent.

At first glance, Giani Harpreet Singh’s call is to fully revive the practice of classical Sikh religious song with the accompaniment of instruments like the taus, rubab, surmandal, sarangi, sitar and tanpura.

Called Gurmat or Gurbani Sangeet, this practice is based on Hindustani music and the 31 raags incorporated in Sri Guru Granth Sahib.

But unlike the typical Shastriya Sangeet, Gurmat Sangeet places more emphasis on egalitarian ‘bani’, authorized verses from primary and secondary Sikh religious sources, than on mercurial musical skills like ‘alaaps’ and ‘taans’.

Metaphorically, this ‘bani’ is the soul food served in the dish of raags. The ‘bani’ remains supreme.

It is a fact that professional stringed instruments and rubabis (rubab players) sang the ‘bani’ at Sri Darbar Sahib for most of its history, since the sacred site was built in 1604.

One of the most respected raagis of the last century, Bhai Samund Singh, used the harmonium like many of his contemporaries (Photo: YouTube/Screenshot)

The harmonium was adopted as a welcome addition about 100 years ago, according to some rough estimates. And some of the most respected raagis in the Sikh community, such as Bhai Santa Singh, Bhai Samund Singh and Bhai Surjan Singh, have used the harmonium all their lives.

WHICH HARMONIUM IS FOREIGN?

The harmonium used in India is not the one invented by Debain in the first place.

This instrument had already been driven from the Western market in the 1930s.

The harmonium, which is the basis of Gurmat Sangeet today, is actually a direct descendant of the Indian hand-pump instrument that Dwarkanath Ghose designed in 1875 in what was then called Calcutta.

“The new incarnation of the harmonium was more durable, cheaper to build, and easier to maintain and repair,” the Indian government says on a site dedicated to Indian culture. “In 1915, India became the first harmonium manufacturer.”

FROM ORDERS THOUGHTFULLY TO SHOCK STATEMENTS

In the good old days, a Jathedar of the Akal Takht either delivered an order or a message about critical issues facing the community as a whole.

But Giani Harpreet Singh caused a stir with what appears to be his back-to-back statements for media consumption.

The current Jathedar, for example, recently targeted fertility clinics in Punjab, calling globally accepted scientific techniques for childless couples an attempt to invade the race of the community.

He has just drawn heavy criticism for his call on Sikhs to arm themselves with licensed weapons.

And the note that Giani Harpreet Singh struck on the harmonium reeked of the cultural nationalism imposed on Gurmat Sangeet, all the more so when the “bani” himself transcends all limits of origin, birth and geographical borders.

The disparate journey of 15 writers, classed as Bhagats, whose vast collection of hymns is incorporated into Sri Guru Granth Sahib, testifies to a much wider current of inspiration that Sikh theology embodies.

Gurmukhi is the script in which Sri Guru Granth Sahib is written, but the verses are also not dependent on one language.

So how can the instruments used to sing the same thoughts be limited to the name of native or foreign origin?

The Jathedar gave three years to phase out the Sri Darbar Sahib harmonium.

But Delhi’s Sikh administration, which controls the capital’s historic gurdwaras, has gone a step ahead by ordering raagis (hymn singers) on its list to learn to play stringed instruments within six months.

Vikramjit Singh, who completed a three-year course on Gurmat Sangeet at the Shahid Sikh Missionary College in Amritsar, admits that sometimes it takes a lifetime to master a stringed instrument.

With a handful of Gurmat Sangeet academies, teaching both classical hymn singing and traditional instruments, learning the twin skills is no child’s play.

“Many students continue to practice Gurmat Sangeet for years or even their entire lives. Six months is nothing,” says Vikramjit Singh.

So, cutting the harmonium just to resurrect an age-old practice, that too, in the name of tradition, may well end up losing the existing talent built on the syncretic evolution of Sikh religious music.

READ | The war of cults reaches Punjab: Hindus and Sikhs claim that the sarais have been converted into a mosque, the Muslims deny