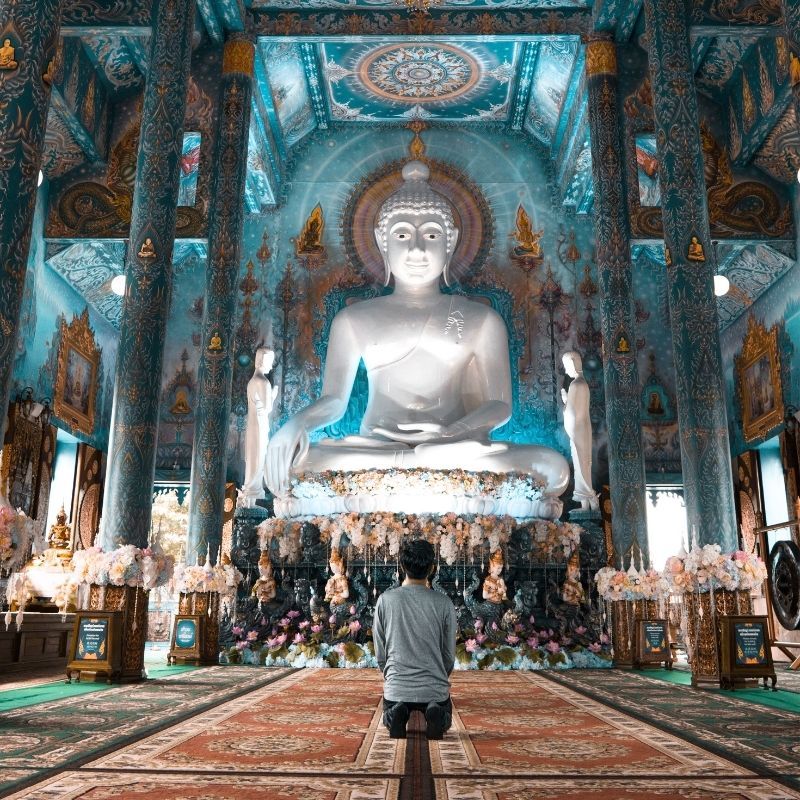 One of the holiest days for Buddhists around the world, Wesak Day, also spelled as Vesak Day, marks the birth, enlightenment, and death of Lord Buddha. In Malaysia, Wesak Day is a public holiday and this year it will be observed from May 15 to May 16.

Wesak day is celebrated on the day of the first full moon of the former lunar month of Vesakha, which usually falls between mid-May and June. It is a time for religious gatherings, making offerings and donations, meditating and observing Lord Buddha’s teachings as a righteous way to lead life.

The United Nations also recognizes Wesak Day through General Assembly Resolution 54/115 of 1999. The UN observes it as a day to commemorate the teachings of Buddha and the contributions of one of the world’s oldest religions. . It is celebrated annually at UN Headquarters and other UN offices.

Read on to learn all about the meaning of Wesak Day and how it is celebrated.

About two and a half millennia ago, in 623 BC. J.-C., Siddhartha Gautama was born as a prince in the palace of Lumbini in Nepal. It is believed that Gautama realized that money and wealth do not ensure ultimate happiness and peace. And the more he saw the world around him, the more pain and suffering he witnessed.

So one night he denounced all his wealth and worldly pleasures and left the palace to live the life of a homeless hermit. After six years of meditation, travels and penance, Siddhartha attained enlightenment and became the Buddha. Essentially, Buddha is not a name, but a title meaning the enlightened or the enlightened.

How is Wesak Day celebrated?

The Wesak Day celebration usually begins at dawn with devout Buddhists flocking to the temples to pray and meditate on the eight sacred precepts or teachings of Gautama Buddha. During this time, the temples are adorned with beautiful lights and the Buddhist monks, dressed in saffron robes, chant prayers in unison, creating an atmosphere of calm, happiness and spirituality.

Offering flowers, lighting candles and incense sticks, making donations and giving alms to the monks are an important part of the festive rituals. This is symbolic of the fact that nothing is permanent in this worldly life. In the end, what matters most is compassion, harmony and love for all. Before dawn, the faithful gather in the temples where the raising of the Buddhist flag takes place. Some Buddhist temples also distribute flags to worshipers who hang them in their homes.

In Malaysia, people visit the building of the Malaysian Buddhist Association and line up to pour water on the shoulders of the Buddha statue, a symbol of purification of soul and spirit. They also bring lotus-shaped candles and ask for blessings. The rituals end with a simple vegetarian meal. In the capital Kuala Lumpur, devotees also visit the Maha Vihara Buddhist temple in Brickfields at sunrise to join in the celebration and meditate.

Processions and gatherings on Wesak Day

Whether or not you celebrate Wesak Day, Gautama Buddha’s birthday holds great cultural and religious significance. People decorate their homes with lanterns and wear special white robes to commemorate the day.

The city of Kuala Lumpur becomes a sight to behold in the evening as worshipers gather for a candlelit procession and parade that departs from the Maha Vihara Buddhist Temple in Brickfields. It features floats shaped like Buddha statues, lights, candles and more.

The faithful come forward to carry the giant chariots and ask for the blessing of the monks. If you want to catch a glimpse of the procession, be sure to reach the temple site well in advance to avoid traffic jams and traffic jams.