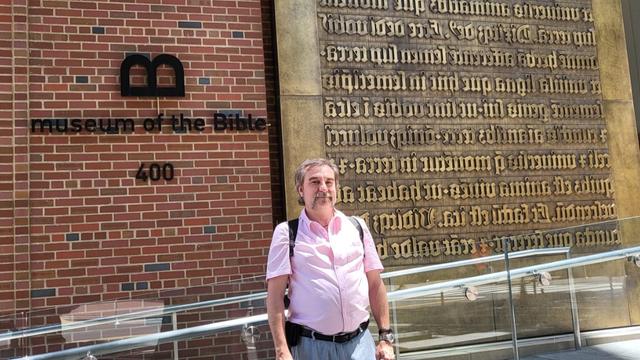 An exceptional record of the most printed, translated and read book in all of human history also demonstrates the vital need for religious freedom.

When the European invention of the printing press, based on the technique of movable type invented in 11eCentury in China, perfected and industrialized the process, the choice of the very first book printed in 1454 (or 1455) fell on the Bible. Today, the Bible is the most translated book in the world. There are versions of the complete Bible in 704 of the 7,106 languages ​​spoken in the world, translations of the New Testament in 1,551 languages, and translations of parts of the Bible in an additional 1,160 languages. The Bible is also the most printed book in history, as well as the best and longest selling book. According to Guinness World Records, in 2021 it outnumbered all other publications with approximately 5-7 billion copies sold and distributed (and no, the Japanese manga series One Pieces, which has been running since July 22, 1997, c ie the best-selling manga in the history of the world, has not surpassed the Bible).

For millions of Jews and Christians, the Bible is divinely inspired Holy Scripture. It also remains central to several new religions. Islam maintains that it contains the true revelation of God, even if it is distorted by human authors, and that it is respected by many other beliefs, spiritual movements and moral schools. It is also highly respected as an immortal piece of world literature by several streams of secular thought. Most likely, the Bible is both the most read and most quoted book in the world.

There are a few museums around the world dedicated to this holy book and its world records, but the largest is the Museum of the Bible in Washington, DC. It is located in the heart of the city, not far from the National Mall and the Congress.

It’s a huge five-story building, full of permanent and temporary exhibitions. Since it takes hours, even a few days to fully grasp it, rest awaits the visitor, as at the end of each pilgrimage, on the sixth floor. From here, one can enjoy a panoramic view of the city and a restaurant called (with some irony) Manna, where kosher food is also served.

The museum was inaugurated in November 2017 with the blessing of Pope Francis and other Christian leaders. Guiding the visitor through its exhibits and state-of-the-art technological facilities, it exhibits literally thousands of objects, documents and artifacts. They range from the archeology of ancient Israel to the ethnography of the peoples of the Middle East, from philology to hermeneutics, from translation studies to the political history of peoples, societies and nations affected by the Bible. .

The journey through the history of the Bible begins with the first redactions of the text in Hebrew, Aramaic and Koine Greek (or the common form of the Greek language used during the Hellenistic period, the Roman Empire and the beginning of the Empire Byzantine). He proceeds naturally to patristic interpretations, then moving on to medieval and modern times. The key moment in the circulation of the text focuses on the room where the story of the German inventor and goldsmith Johannes Gensfleisch zur Laden zum Gutenberg (c. 1400-1468) and the worldwide impact of his publication of the first Bible are told .

The printing press invented by Gutenberg greatly benefited the Christian Reformation, the direct and personal reading of this sacred text being among its most important principles. But he also responded to the wishes of the Dutch Catholic humanist Desiderius Erasmus Roterodamus, known as Erasmus of Rotterdam (1466-1536). He wanted to see the Bible translated into all possible languages ​​and printed as a ready-to-use personal tool, so that everyone could (and could) access it directly, even peasants in the fields.

It is often repeated that the Catholic Church despised (or still despises today) the personal reading of the Bible. This was not the case, and it is certainly not the case today: numerous examples of saints, religious orders and popes contradict this false myth. In fact, the Church of Rome has never been against the personal reading of the Bible, which today is systematically recommended for personal meditation. However, he cautioned against subjective interpretations which he believed might have distorted his message and taught that the Bible should be interpreted according to the teachings of the Catholic Church. With great wisdom and cleverness, the DC Museum of the Bible doesn’t fall into the usual anti-Catholic trappings. It respectfully tells a story that Jews and Christians of all faiths can fully appreciate.

The Museum is not an ecumenical juxtaposition of contradictory approaches. If that were so, no one might be offended, but no one would be really happy either. On the contrary, the Museum tries to cut to the chase and let the Bible and its history speak for itself. Rather than looking for a vain mediation, the Museum offers a look from above.

Some rooms of the Museum focus on the great impact that the Bible has had and has in all areas of human activity: art, music, work, even politics. A section stands out, and is devoted to the influence of the Bible in the United States, a country where religious freedom is proclaimed to the first political right. The American ethos is presented as biblically based and opposed to both anti-religious secularism and blind religious fideism. The influence of the Bible in America is also physically traced throughout the city of Washington, D.C. In fact, references to the Bible in places, buildings, and points of interest abound in the nation’s capital.

At the Museum, the visitor can also physically enter the world of the Bible, an essential aspect of which is of course Nazareth. On the third floor of the museum, one can walk through a colossal diorama of this small village in Galilee where Jesus – historical fact attested by independent sources – grew up and lived most of his earthly years. Its walls of “real false stones” and the omnipresent olive trees accompany the pilgrim for tens of meters, among the reconstructed houses, the alleys, and the dust and trades of a village of 2,000 years ago. We enter into the daily life of Jesus’ time, the daily life that Jesus also lived with Mary and Joseph in a village that would be forgotten by all if it were not for him.

On the fifth floor, one cannot fail to be struck by an exhibition dedicated to the Shroud of Turin, where mystery and faith meet, and where science passes the baton to the ineffable. The atmosphere of the room is special, almost mystical. What does the Shroud have to do with a Bible Museum? The story told by this inexplicable cloth (and no, carbon dating has not proven it to be a fake) is a vivid photograph of the Passion and Resurrection of Christ as told in the Gospel, that is to say an essential part of the Bible in pictures.

Now the Museum of the Bible has another secret to reveal. This is religious freedom at its peak. In fact, all free human beings – of all religions or no religion – can explore their relationship with religion and the Bible by simply paying a ticket at the entrance.