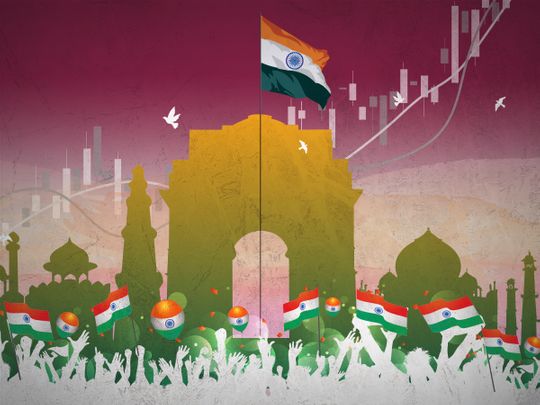 What would constitute an Indian renaissance? According to the revolutionary, poet, philosopher and yogi, Sri Aurobindo, it would be a spiritual efflorescence.

In his series of essays on the subject published in 1918, he asserts that the true work of Indian renaissance is not political, economic, intellectual or even cultural, but solely spiritual.

This is a special mission for India to fulfill: “The work of the renaissance in India must be to make that spirit, that higher outlook on life, that sense of deeper potentiality once again a creative power, perhaps dominant in the world”.

Today, such a vision may seem unachievable, but it is also what Swami Vivekananda proclaimed from the platform of the World Parliament of Religions on September 11, 1893: the end of fanaticism, bigotry and the broadening of religion. spirit of humanity as one race and global family.

Sri Aurobindo took these ideas forward to not only dream of new forms of global governance in The ideal of human unity, but also in higher states of consciousness for all of humanity. It was in this inner revolution of consciousness that he believed India had a crucial role to play.

In his third essay in the series, Sri Aurobindo boldly predicts that the “spiritual motive” will be the driving force in India. By spirituality, he means neither metaphysics nor asceticism, but a constructive, vivifying and vigorous transformation of life, “the reaffirmation of a spiritual life as the foundation of a new life of the nation”.

In his fourth and final essay, he once again emphasizes that the best course of action for India is to be herself, to rediscover her native genius, which is a reaffirmation of her ancient spiritual ideal.

He takes care to specify that India’s spiritual awakening is very different from a descent into religiosity or irrationality.

Always insisting on the “dynamic and the pragmatic”, he warns against “the inculcation of some reactionary obscurantist principle of mystical or irrational religiosity” which could divert India “from the paths of reason and modernity which it must follow if it is to be effective and efficient”. well-organized nation capable of surviving the shocks of the modern world.

This, then, is the secret or the key to the transformation of India according to Sri Aurobindo. It consists neither in a withdrawal from the world in asceticism, nor in a recrudescence of fanatical religiosity. Instead, “spirituality is much broader than any particular religion.”

Moreover, spirituality includes the spirit and the body: “a human spirituality must not depreciate the spirit, the life or the body or hold them small.

The spiritual ideal is quite different from the mental or the physical, which are the basis of modern civilization: “The spiritual vision maintains that the spirit, the life, the body are the means of man and not his goals and even that they are not his last and highest means.” The true goal is “to prepare a basis for the spiritual realization and growth of the human being in his divine nature”.

In this, philosophy and science can only be auxiliaries and instruments; politics, economics and sociology too, the only means of organizing the lives of human beings into larger groups and collectives.

The spiritual ideal includes and transcends all of this so that it can provide “a growing embodiment of the divine law of being in life,…a collective advance towards light, power, peace, unity, harmony of the divine nature of humanity as the race tries to evolve.

Unfortunately, many in India themselves do not believe in this ideal, influenced as they are by Western ideas. The West, on the other hand, without completely abandoning its materialistic leanings, is opening up to Indian influences.

After all, “man does not live by bread alone”. In celebrating [email protected] and Sri [email protected], we must find our own unique path because India “can best develop and serve humanity by being itself and following the law of its own nature”.

Future of India and the world

This does not mean a rejection of everything that comes from the West, nor a kind of withdrawal into too much religion. Indeed, “true spirituality”, according to Sri Aurobindo, “does not reject any new light”. It is only in the knowledge and conscious application of this ideal, Sri Aurobindo maintains, that the future of India and the world lies.

Whether or not India can rise to this task is a question he leaves open: “Whether or not it will rise to the height of its opportunity in the coming renaissance is the question of his fate.”

Instead, it remains half-hidden in the bosom of the future, waiting to birth, to be born, to manifest. Sri Aurobindo gave the term a new meaning, a new understanding and a new orientation. It is up to us to meditate on his words and, if we find them right, to carry them out.

We have to decide whether we want to leave our world worse than the one we inherited or make it at least slightly better for future generations. It is in this choice that India’s true renaissance lies.

Makarand R. Paranjape is a professor of English at Jawaharlal Nehru University. Views are personal