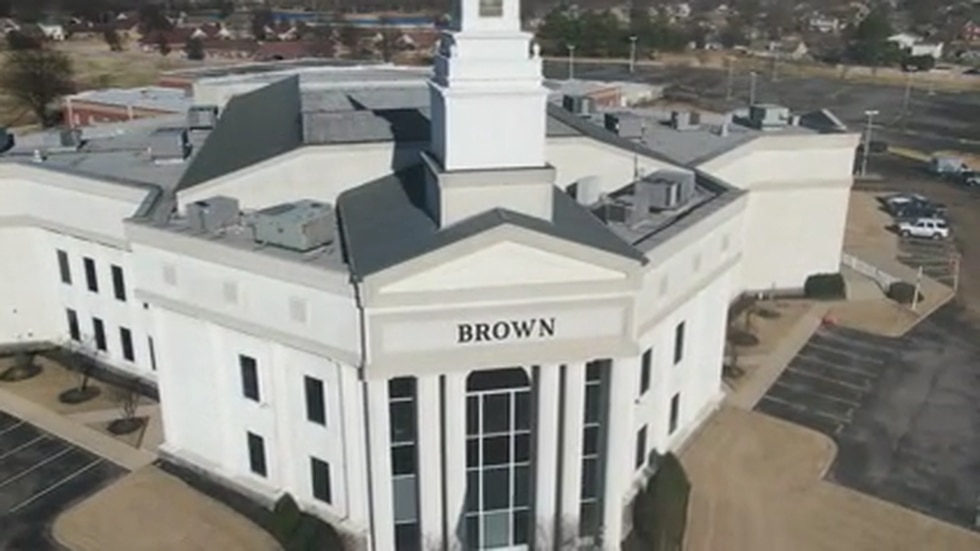 SOUTHAVEN, Miss . (WMC) – For many south-central residents, the church is a source of inspiration, faith and calm. Historically, in black communities, churches also provided vital information and shelter, especially during the civil rights movement.

As we celebrate Black History Month, we share the story of how a church of brush and sticks became a haven for former slaves and their families and is now a sanctuary for thousands. .

Brown Missionary Baptist Church, with its two campuses in Southaven, Mississippi, has a rich history.

“This is our 140th year of existence and I am only the eighth pastor of the church,” Senior Pastor Bartholomew Orr recalled.

And it all started in 1882 with a group of former slaves and a “bush port” in what is now the church cemetery.

“They just took trees and brush and just kind of made a little cover… went under and started having a church. Talk about dedication, talk about tenacity, a tenacious spirit,” Orr said.

Over time, the church built a log cabin on the corner of Swinnea and Stateline Road, where its main campus still stands today.

“When they had a service, they could look through the church boards and see the chickens running under the church,” Orr said.

When Orr was elected senior pastor 33 years ago, he learned the history of the church from one of the founder’s grandchildren.

“Actually a longtime president of our deacons — his grandparents were members here. Jesse James Smith,” Orr said. “He actually remembered the founders of the church.”

Brown Baptist grew from a clapboard log cabin that was later bricked up, to a 500-seat sanctuary before fire destroyed the place of worship in the late 1980s.

Orr, who also grew up in the Swinnea area, remembers the day the church burned down. “

It burned down on a Sunday morning during service. Fourth Sunday, November 22, 1987,” he recalls.

And, in the spring of 1988, the church was without its own sanctuary and without a pastor after the membership split.

“So they started looking for a pastor all through 1988. And wouldn’t you know that. God just had her in the mix…didn’t put a resume. I was not looking to become a pastor. Again, at that point, I was in college at Christian Brothers,” Orr recalled.

There were only 66 members then, but they rebuilt the church with Orr at the helm – a then 19-year-old CBU sophomore.

“Because even then at 19 it was a vision, we had a vision for the whole person. This is the vision that God gave me at 11 when he called me to preach,” said Orr said “And, when I came here, the church really bought into that vision and even now we continue to build on that vision.”

In 2006, the church built a massive 2,500-seat campus at the same location on Stateline Road, but within eight years the sanctuary had grown too small.

Orr believes the church’s blessings over the years are rooted in the faith and tenacity of spirit of the members, just like the former slaves who founded it.

“When you look at the African American community, what has held them in bondage, through bondage, beyond bondage, is their faith,” Orr said. “Even when we had to worship apart, upstairs on the balcony, yet it was their faith, it was that faith that led African Americans not only to build churches but to establish schools.”

He added that Brown Missionary Baptist Church shares this faith with the community through what he calls “the 5 Ws”: worship, witness, the Word of God, hard work and family warmth.

Click here to point out a spelling or grammatical error. Please include the title.