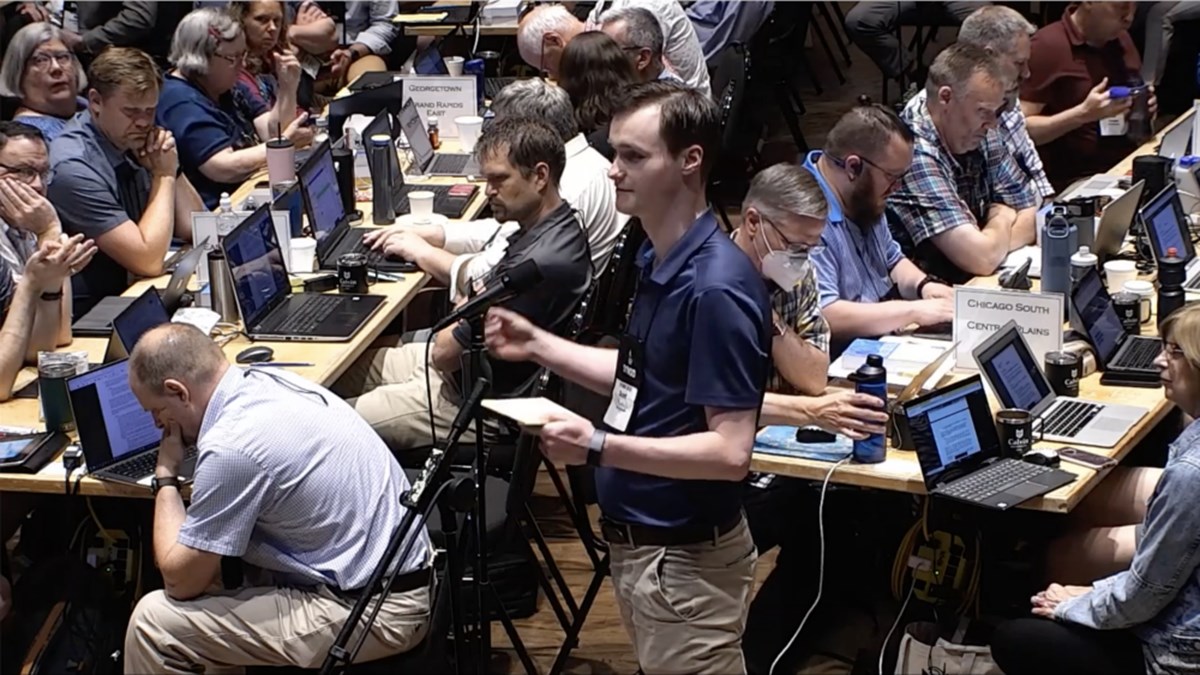 The Christian Reformed Church in North America (CRC) is a unique denomination. But legally, it exists as two separate entities, one incorporated in Michigan, the other north of the border. Bound by faith and history, they carry out their work through joint ministerial agreements.

The way the two work in unison can be a bit confusing even to those in the churches.

“There is a lot of fog in the system, and it is difficult to understand what is expected and how we can move forward for the benefit of the church,” said Albert Postma, newly appointed Canadian Transition Executive Director.

The report of the Structure and Leadership Task Force (SALT) – presented for approval at CRCNA Synod 2022 and officially adopted on Wednesday, June 15 – will hopefully bring some clarity to the relationship and help Canadian churches to comply with recent changes to non-profit tax legislation. His recommendations to understand:

The task force also recommends adjustments to the leadership structure, including the creation of an office of corporate secretary.

Postma will be key to leading the denomination through the transitions ahead. Chris deWinter, who chaired the search team that recommended Postma for the job, believes Postma’s experience as a classroom renewal leader and pastor of a church in Ontario has made him a good builder of bridges. He describes Postma as a synthesizer and collaborator.

“Those are two sets of skills that we need right now, especially in the Canadian office and the work in progress,” deWinter said. “He’s able to pull all kinds of things together and collaborate with a team.”

Postma said he hopes the changes over the next few years will be more than bureaucratic. He really wants to help the denomination understand what it means to be a binational fellowship of churches and to clarify areas of independence and interdependence.

He believes there are advantages to being bi-national. Part of his job is to help local pastors see who they are.

“The big picture, the overall hope, and what I would like to work toward is that every church, church leader, and pastor be able to say they are better off because they are part of of this denomination,” Postma said. “I really think the Christian Reformed Church is a good denomination. It is worth investing. It is worth being part of it.

The discussions in which Postma engages are certainly not new. This is something that the CRCNA has struggling with for decades.

The Christian Reformed Church was first established in the United States in 1857, and although there have been a few churches that have been considered missionary outposts in Canada over the years, this is not that a large wave of immigration from the Netherlands to Canada after World War II that significant growth occurred in the country. American churches helped establish these churches.

Today there are about 250 CRC churches in Canada and about 850 in the United States. American citizens frequently pastor Canadian churches and many Canadian citizens pastor American churches. Legal changes to Canadian tax laws, requiring Canadian citizens to control charitable funds donated by Canadians, have prompted a review of the relationship across the border, which is also often troubled by cultural differences.

Bureaucratic structures sometimes led to difficulties in communication and cooperation.

“It’s easy to just feel like a burden and forget about some of the great things God is doing right now through us and in us,” Postma said. “I really hope we can’t forget these things.”

Churches share the gospel, disciple Christians, train leaders and welcome refugees. The American and Canadian churches work together through joint ministerial agreements that allow them to act as one while remaining within the legal parameters of their respective countries.

These agreements detail everything from the purpose and objectives of the ministry to resources, staff and budget. This may include congregational ministries such as faith formation, disability issues, pastoral church resources and safe church, and missions.

In the past, interdepartmental arrangements were a little “softer,” said Terry Veldboom, who worked for CRC in Canada for 35 years in various administrative and financial roles and recently completed a term as interim executive director. .

He said it has always been difficult to ensure that their agreements meet legal requirements and also facilitate coordinated ministry, but he believes the approved changes will help in both areas.

“Over the past year, we have established a new set of Joint Ministerial Agreements for all of our joint cross-border activities. They are much more detailed and solid,” he said.

Now that they have a good grasp of the adjusted Canadian legal and governance framework, Veldboom believes there are other issues that need to be addressed on a socio-political level. Cultural differences, for example, have often been a problem. CRC churches in Canada tend to be more concerned with social justice than those in the United States, he said.

As an example, he notes that in Canada, Indigenous issues are front and center, but are barely seen as a concern in the United States.

Can these differences be overcome?

“That’s the question of the hour,” Veldboom said.

He said there were plenty of arguments for sticking together and many believe the areas they have in common are greater than those that separate them.

In this sense, Veldboom views Postma’s appointment as positive. He believes Postma’s experience with local churches has given him an idea of ​​what things are like on the ground. At 38, Postma is also at an age where he can be seen as someone who can relate to both younger and older generations.

Veldboom and Postma hope that by properly addressing these differences, the CRCNA can emerge stronger and richer by intentionally examining differences in background or culture and what is essential for denominational unity.

“It’s painful, but sometimes the things that add challenge also give us the opportunity to experience those challenges and grow through them,” Postma said.