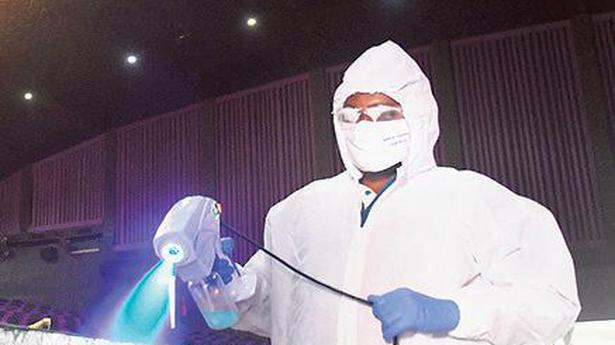 “The reimposition of localized lockdowns and the temporary closure of multiplexes in key states to contain the third wave of Covid-19 infections should reduce attendance and force film producers to postpone new releases,” the agency said credit rating in a report.

That would push back the full recovery of multiplex revenue to the second half of next fiscal year, compared to the first quarter we expected earlier, he added.

“But once the restrictions are lifted, the pace of the recovery should be rapid, as we saw after the second wave,” he said.

Nitesh Jain, Director of Crsil Ratings, said: “The temporary closure of operations in New Delhi / National Capital Region, Bihar, Haryana and restrictions in other key states such as Maharashtra will delay the release of new films. “

“A few big-price movies like ‘RRR’ and ‘Jersey’ have already been postponed indefinitely,” he said.

“Our baseline scenario assumes that the third wave will peak in February and trough by the end of March,” he added.

“We expect high-priced theatrical release to resume in the first quarter of fiscal 2023, which should significantly improve occupancy. A full recovery, however, is only expected in the second half of the next fiscal year, ”he added.