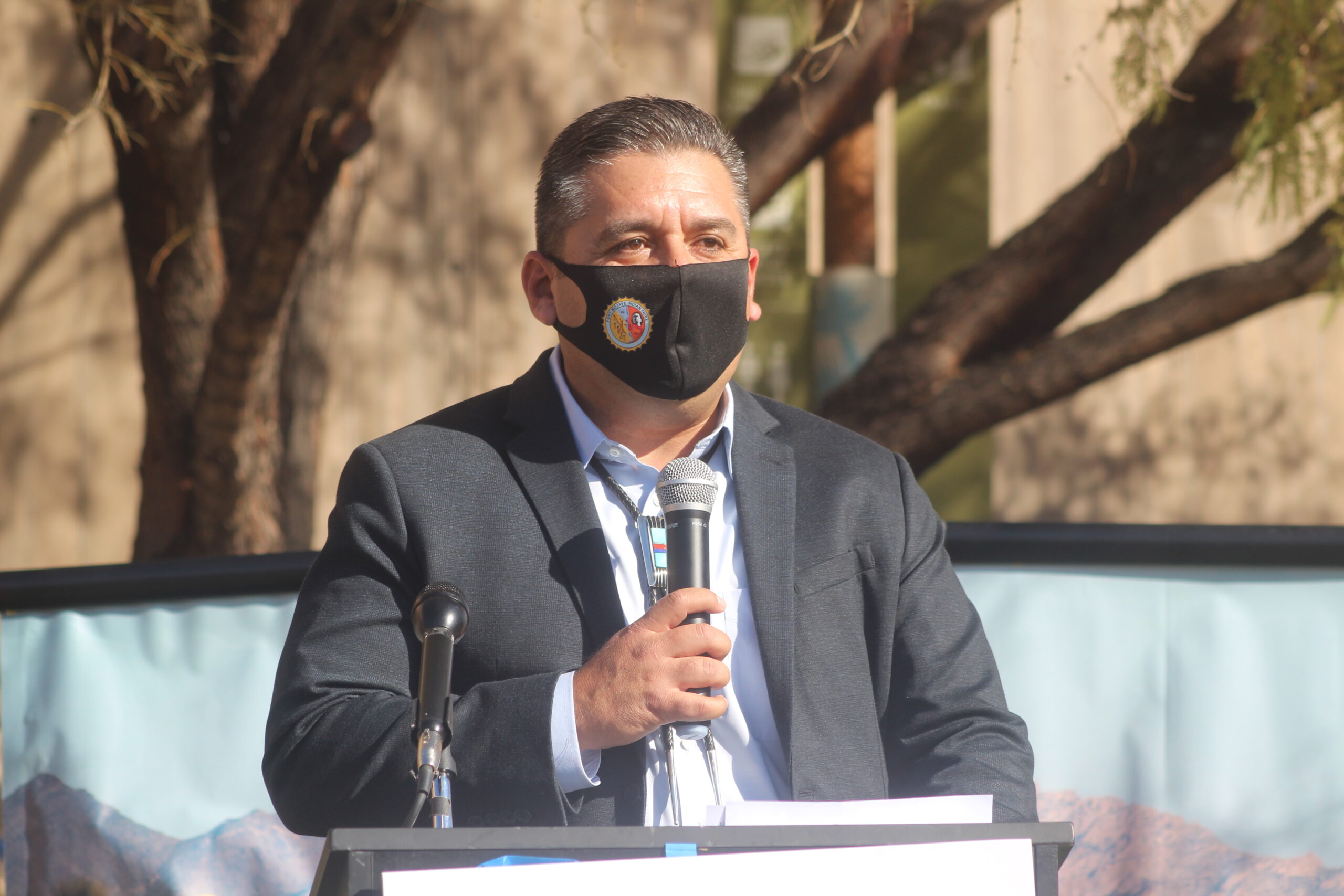 The Fort Mojave Indian Tribe is taking a step closer to permanently protecting a sacred strip of land in Nevada after winning congressional support to designate the landscape a national monument.

In the letter, Titus said she was working with the State of Nevada Director for the Bureau of Land Management to produce a map of the proposed monument. Titus added that the legislation was made possible by a “robust coalition” of local tribes and communities, including Clark County, Boulder City, Searchlight and Laughlin.

In recent years, the culturally significant area has been threatened by development, including proposed wind farms and nearby growing towns. But a national monument designation for Avi Kwa Ame would permanently protect nearly 400,000 acres south of Las Vegas from large-scale development.

Over 80% of the land within the nominated monument is already federally protected as critical habitat. However, the designation would connect the existing Protected Landscapes of the Eastern Mojave Desert to the Lake Mead National Recreation Area and strengthen protections for the area.

The area is an important part of the spiritual ideology of the Nevada-based Fort Mojave Indian Tribe and is featured in Mojave creation beliefs. In 2019, the Fort Mojave Indian Council voted unanimously to officially support the protection of the Avi Kwa Ame.

“The tribes have always asserted that any industrial project in this area is not culturally or environmentally appropriate,” Fort Mojave Indian Tribe President Timothy Williams wrote in a letter to the Congressional delegation from the United States. Nevada at the time.

The Chemehuevi Indian Tribe and Intertribal Council of Nevada also passed resolutions in 2021 supporting the monument, and last year the Moapa Band of Paiutes in Nevada sent a letter of support for the monument to Nevada Senator Catherine Cortez. Masto.

Shan Lewis, vice president of the Fort Mojave Indian Tribe for nearly 20 years, said the tribe had been fighting for the protection of Avi Kwa Ame long before he was in office.

“It’s always been a priority of the tribe for as long as I can remember because it’s so important to our creation story,” Lewis said. “I heard stories from my elders about the struggle to protect the area for many, many years before me. It’s been a lot longer than people think.

After a long legal battle, the tribe succeeded in having Avi Kwa Ame listed on the National Park Service’s National Register of Historic Places as a traditional cultural property in 1999.

Legislation to designate Avi Kwa Ame is an important tool that will further protect the area, Lewis said, and allow the tribe to educate more people and members of Congress about the importance of the land.

“We’re getting a lot of support for this project, more than you usually see,” Lewis said. “Usually there’s a battle between different organizations or towns or villages, but it seems like it’s really getting closer.”

In recent years, tribal members have gained support from conservation groups to highlight indigenous perspectives on the spiritual significance of Avi Kwa Ame, including being placed at the center of a media story map produced by the Conservation Lands Foundation in partnership with local conservation groups.

“This whole project has been very centered around Indigenous voices and perspectives,” said Taylor Patterson, executive director of the Native Voters Alliance of Nevada.

At a Friday press conference to publicly announce the legislative effort, Titus introduced the bill she plans to introduce as an extension of her work to preserve natural resources, including the Gold Butte and Tule Springs Basin.

Titus also said the legislation was an important step in representing Boulder City, which now falls under its congressional district after a redistricting. by Nevada Legislature.

“Our outdoor recreation economy has lost around 6% of its jobs and 13.7 million visitors due to the pandemic. Tour operators that rely on out-of-state visitors have had to cut staff by 70%, so we believe establishing this national landmark will help strengthen the outdoor recreation economy,” said Titus. , adding that Boulder City is an important gateway community to the national monument project. .

“But we would like to see something happen on the Senate side, maybe a companion piece of legislation,” Titus said. “That’s my job to do now.”

Titus said she was optimistic that Haaland would join her in supporting the designation and invited her to return to Nevada to visit the area and meet supporters of the monument.

In a survey commissioned by the Battle Born Collective, a conservation group, even though eight out of 10 Nevada voters had not heard of Avi Kwa Ame once provided information on the site, 62% of respondents said they support a national monument designation.

Djokovic could be expelled from Roland Garros

Letter: Do the Christian thing | Opinion