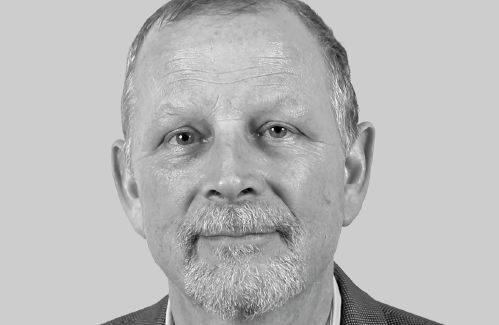 Crystal balls can be a fuzzy way to see the future, but the events of the past two years predict our medium-term future: there is no “new normal” because there is no everything until the world-shaking tectonic shifts set in.

The repercussions of COVID, Putin’s war on Ukraine and Trump/MAGA will take years to unwind, possibly a decade or more. Until then, we will be walking on new, rickety, treacherous and, above all, unknown ground to us. This is the age of uncertainty.

An infectious disease is still disrupting life and the global supply chain that has been bent by COVID could be shattered by the war in Ukraine. We have seen the warnings and are just waiting for the empty shelves and long lines to come.

The chaos of politics at home will plunge us into a decline that will also take years to – to what? Repair from? Change? Die of?

But this electoral chaos and wafer-thin majorities in DC for any hope of good governance will weaken us to the point of no return. Our future will be like the UK after World War II. In 1945 the sun still did not set on the British Empire, but by 1948 dusk had fallen and it was 40 years or more before the UK saw a new dawn.

There will be no sudden collapse, but a long slide into whatever comes next because clearly the times, era, epoch, paradigm or worm have changed, ended , expired, moved or rotated.

There is no new normal as in some kind of balance, but rather a flurry of events in search of a new balance. And there are going to be a lot of spills on the sides, as it already is.

It seems that all the old “dogmas of the past” have fallen. Liberalism as a universal ideal is dead – it gave us globalism and an entrenched parasite, One Percent. Socialism – at least in America – cannot govern nor attain sufficient political power to influence future events. Moreover, our socialists of “exceptional” America do not even accept that the American working class be their main constituency! It’s more like a club: anyone can join but you have to approve membership first.

Hence the “performative” character of politics today. A prime example is the MAGA contestant in Georgia this week who was nobody until she got on a bus and painted “Jesus/Guns/Babies” on the side and drove through Georgia being so crazy and childish that she wanted it. Precisely because after getting around 4% of the vote, she shouted “robbed in the election” and is now a rising MAGA star who can turn on the money taps and start cashing in. Because she won? Nope! Because she ran like a moron, lost and cried foul. That is to say, she ran to lose, in order to join the “persecuted great mass” of MAGA followers.

This kind of spectacle is the kind of decadence that marks empires in decline. (Remember, before Obama and Trump, the left understood that the United States had a new type of empire since 1898 and therefore had to follow the decline of all empires.) There is a way to understand our dilemma . Martin Luther King Jr. predicted it in 1967: a nation that spends more on war than on its people risks “spiritual death”. And as his warning came over half a century ago, we must face the fact that we are spiritually dead, as a nation, as a people. You want to resist the idea, but you can’t turn away from it. We are not dead in the ‘I’ sense, but as in ‘we the people’, we are spiritually dead.

We have no history that binds, no ideology that unites us in understanding, no pact that merges us into one “unam”. Only a checklist of ‘yes’ and ‘no’s, a few high fives of self-congratulation before the left flies away like a whisper of starlings – thrilling to watch but the show is soon over. So, the Women’s March, glorious by the millions around the world, fell out over a question of Palestine? Isn’t it like a Monty Python sketch?

In addition to a spiritual death, technology has weakened us – rather than a mega-encyclopedia where all questions can be answered, social media has proven to be more like standing in front of a theater and handing out megaphones that don’t scream than “Fire!” – it’s going to be a lot of jostling. In fact, doesn’t it seem like we often do? Bum-rush the doors to get out, to kick someone out, to rush here and there.

Unsurprisingly, the metaphor that fits me best is that of novelist Dave Eggers who wrote that America “has become a nation of indoor cats” – declawed, chubby, pampered, but still convinced that “If that glass door Wasn’t there? Oh, you squirrels would be so dead! But the glass keeps the cat from hearing the squirrels laugh. And, how can you call a creature with claws, fangs, and the stuffed feet of a silent killer – trapped behind glass like in a terrarium – but spiritually dead?

We only have our self-esteem to console us. And even that does not come from within but from without. The scratching between the ears, the rubbing of the belly, the meals and treats that make us purr, are given by the hand of another. What happens when this hand withdraws such an affirmation? Cats could go wild, like we are now.

If there’s no real reason to hope, can we survive? Indeed we can, but not hopefully. What America and the left need is a sense of duty to our planet and our children. Duty means that we know what we must do, even if we have no hope of seeing it ourselves. We must recognize: we will not reach the top of the mountain, but we as a people will.

Joe Gannon, teacher and author, lives in Easthampton. He can be reached at [email protected]