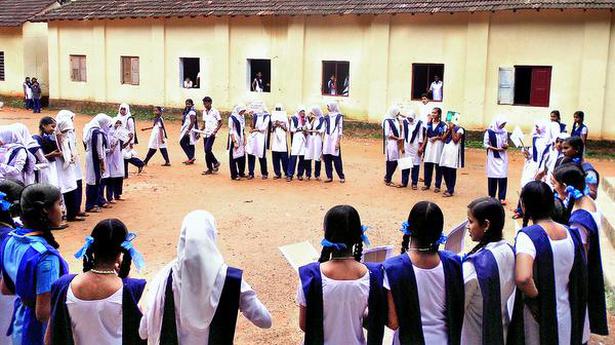 There are nuances of equality

Suppose in a classroom a teacher is confronted with students with different command of the English language. There are three groups: some students are excellent, some require a minimum of supervision and others a lot of attention. The teacher decides to give a special half-hour lesson for the second group and a two-hour lesson for the third. Since the first group does not need any additional support, it will not receive any. Does the teacher wrongly discriminate among her students? Most of us would think it isn’t. Treating students at different levels the same would do little to help those who are lagging behind. These students could benefit from some support to catch up with those who are waiting for them. This is the idea behind affirmative action and reasonable accommodation: to enable those who are less well off to become on an equal footing with others.

What is true in the context of the classroom is also true in a political context. The controversy surrounding the awarding of scholarships to minority students in Kerala illustrates this. The dispute concerns the question of how scholarships for minority students should be distributed among the different minority groups. On October 29, the Supreme Court issued an opinion on the Kerala government’s appeal against a High Court order directing it to award scholarships based on the proportion of minorities in the state’s overall population.

The context of the decision is as follows. The government of Kerala passed a decree in 2015 prescribing that minority communities will be entitled to scholarships. Of the scholarships, 80% went to Muslim students and 20% to Latin Catholics and converted Christians. In Justine Pallivathukkal v. Kerala state (2021), the High Court of Kerala overturned this order believing that all minorities should be treated equally. Therefore, it considered that the only relevant criterion is the share of minority groups in the population.

The government argued that its policy was based on the findings of the Sachar Committee report and the Kerala Padana report on disadvantages faced by Muslims. He pointed out that Muslims were far behind Christians, Dalits and Adivasis in college enrollment, just as they were in employment and land ownership. In addition, studies of discrimination in the labor and housing markets reveal that Muslims experience substantial levels of discrimination when applying for employment or housing, often even more so than Dalits.

All of this underscores the fact that some minorities face greater obstacles than others. Scholarships for minority students are a form of affirmative action. The objective is to facilitate the study of the students of these communities and to reduce the inequalities between the different communities. If this is the goal, the only sensible policy is one that identifies the most disadvantaged groups. This is exactly what the government of Kerala has done.

Therefore, it is justified to reserve a higher proportion of scholarships for Muslims. The different types of delay in a community should be taken into account when awarding scholarship programs. Anything else goes against the objective of offering scholarships to students from minority communities. The High Court prohibited a socially sensitive allowance by adopting a form of blind egalitarian approach. It was a mistake. This is not in accordance with the constitutional and fair vision of equality, a vision which must be aware of social inequalities. As the Supreme Court correctly noted in BK Pavitra v. Indian union (2019), â€œFor equality to be truly effective or substantial, the principle must recognize existing inequalities in society in order to overcome them. “

It is therefore important that the Supreme Court corrects the error of the High Court. This case will be important for constitutional law. It will determine how representation is understood in the law on reserves. The reasoning of the High Court suggests that accessing the benefits of affirmative action must follow an approach that does not take into account the relative backwardness of different communities. It is dangerous in the Indian context. One of Ambedkar’s great ideas was that the caste system is a form of graduated inequality. Even when we identify disadvantaged castes or communities, we need to remember the forms of inequality and hierarchy among them. The logic of the High Court judgment forbids it. This tells us that once we have identified the beneficiaries of affirmative action measures, we must treat everyone the same, regardless of the inequalities or hierarchies between them. We should not allow such bad reasoning to hinder affirmative efforts to eliminate inequalities. The fight against inequalities is too important for that.

Thulasi K. Raj is a lawyer at the Supreme Court and Bastian Steuwer is a political philosopher at Rutgers University