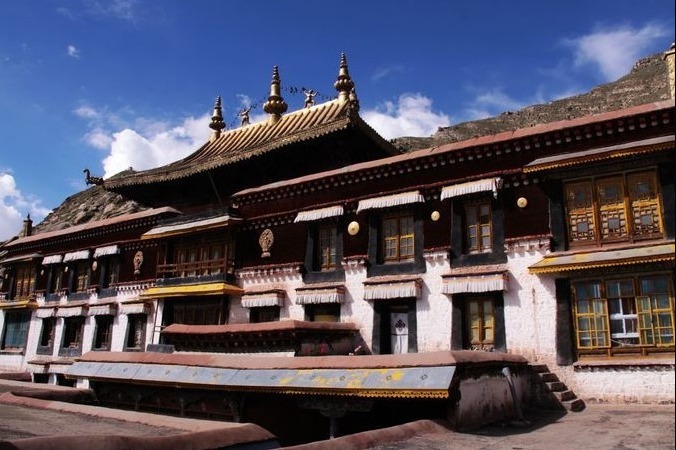 From Sera Monastery in Lhasa, Tibet Autonomous Region, in mid-autumn, distant mountains can be seen kissed by clouds under a striking blue sky. Under a large fabric canopy, a shield from the sun’s rays in the thin air, rows of monks dressed in saffron orange robes sit patiently, waiting for a turn to defend their understanding of Dharma, the foundation of philosophy, against the challenges of a handful of great scholars.

The scholars, a council of master practitioners from the Gelukpa School of Tibetan Buddhism, were examining applicants who wanted the highest academic degree, Geshe Lharampa, and prepared to participate in preliminary debates over several days of the week. last. All have passed on Friday and will move on to an Advanced Spring Challenge at Jokhang Temple in Lhasa.

Graduation from Geshe Lharampa takes many years, if not a lifetime, of rigorous study of Buddhist philosophy and its scriptural sutras. The preliminary debates that began on Tuesday – exams roughly similar to those a professor faces in defending a doctoral thesis – take place September 14-20 this year, at Sera Monastery, one of three spiritual centers of the Gelukpa school in Lhasa.

The main topics at this stage of the examination for Geshe Lharampa come from the five great volumes of Tibetan Buddhist teachings. Applicants are between 31 and 56 years old.

The academic debates are part of a great annual exercise of Tibetan Buddhism. More than 700 monks attend, including examiners from the monasteries of Sera, Drepung, Gandan and others, he said, adding that holding a spiritual event on such a large scale honors Buddhism and its followers.

Questions and answers during the event are always the same. During a sutra debate that can last for hours, the candidate is seated. The learned examiners stand and pace in front of him. The debates sometimes become fierce as scholars challenge each aspirant. During the exchange, the monks often clap their hands or gesture.

Jampal Dorje, a monk from the area’s Champaling Monastery, received a Nyethang Ngakrampa diploma over the summer, similar to a postgraduate degree, from the Tibet College of Buddhism.

He said that the tradition of Geshe Lharampa’s debate began with Je Tsongkhapa (1357-1419), the founder of the Gelukpa school. In modern times, the tradition has developed with the support of the government.

“Scholarly monks who take the Geshe Lharampa exams must also take tests of cultural knowledge, grammar, poetry, current affairs and politics, to demonstrate their understanding of social affairs and their ability to adapt to society. modern socialist, “said Jampal Dorje.

Graduation from Geshe Lharampa is extremely difficult, but one successful candidate considers it a great honor and a major achievement in his spiritual practice.

Champa Shipal, a scholarly monk from Champaling Monastery in Chamdo, is a diploma candidate who has participated in the debates this year. He said he has been studying the five great volumes of Tibetan Buddhism teachings for 31 years, including learnings from several great Buddhist masters. Now he has the confidence to try for Geshe Lharampa.

“Thanks to good leadership and government policies, I have the opportunity to graduate from university based on my knowledge. I will study hard for the final exam next year,” said Champa Shipal.

“I want to express my sincere thanks to all officials, Dharma masters and my fellow monks for their great support.”

Randy Wright contributed to this story.

The book ?? Like Christ Is My Example ?? by author Jan Keegan provides spiritual nourishment to the soul