Moises Chan was formerly a member of Belize’s Senate, vice president of his country’s council of churches and pastor of St. Andrew’s Presbyterian Church in Belize City, the nation’s capital.

These days, he’s a chaplain for Tyson Foods, working at the Berry Street poultry facility in Springdale, about four miles north of his headquarters.

Chan, 69, works alongside Abdellah Essalki, an imam from Morocco.

They are two of about 100 chaplains at Tyson, a group that includes Protestants, Catholics, Muslims and at least one member of The Church of Jesus Christ of Latter-day Saints.

Most of them recently traveled to Springdale to receive annual training and exchange with each other.

Chan, who is also a parish associate at First Presbyterian Church in Springdale, has served as Tyson’s chaplain since 2015.

He visits employees and their family members in the hospital and accompanies new immigrants who are confronted with a new language and a new culture.

It brings comfort to those experiencing grief or loss.

In one instance, he says, he agreed to attend an educational course with an elderly member of the team who did not want to go alone.

“He was embarrassed that he couldn’t read or write,” Chan says.

“When he left, he could sign his name,” Chan says. “That’s the joy we find serving Tyson at these factories.”

There aren’t many Presbyterians processing chickens on Berry Street – or Muslims either.

This does not prevent chaplains from serving those around them, they say.

“You take care of people,” he says. “You are with the people, you involve them and you deeply understand them, you respond deeply to their needs.”

In his Statement of Purpose and Values, Tyson states, “We strive to honor God and be respectful of each other, our customers, and other stakeholders.”

There is no religious test to work at Tyson.

Launched in 2000, Tyson’s chaplaincy program has expanded over the years.

“The society started with 11 part-time chaplains in eight states,” says Scherer. “Today we have approximately 100 chaplains in 25 states and 85% of them are full time.”

They are not confined to the Bible Belt; they serve in the red states and the blue states.

“We have them everywhere from the west coast in Pasco, Washington, to the east coast in Temperance, Virginia, and everywhere in between,” Scherer says.

It is a well-educated cohort.

“Seventy-five percent of our chaplains hold a master’s degree or higher,” Scherer says.

They are not paid to preach. They are there, Tyson says, to “provide compassionate spiritual care that explores team members’ diverse belief and value systems, honors their experiences, and empowers them to improve functioning and well-being.”

“When chaplaincy is done well, [the] the chaplain’s religious orientation is invisible,” says Scherer. “A good chaplain can take care of anyone.

The employer-chaplain conversations are confidential “except those that reveal a risk of injury to oneself, others or the company”, promises the company.

As chaplain, Chan says he tries to provide “a listening ear.”

Others in their life can tell them “what to think and how to believe and how to behave and all that,” Chan says.

As chaplains, “we don’t have to tell them. They will find out. They are smart enough to understand their own needs and their own problems, the problems they face,” he says.

When Chan was growing up, Belize was known as British Honduras. Roughly the size of New Jersey, it was the last British Crown colony on the continent.

The settlers taught Chan English and shared their faith.

A staunch Presbyterian, he eventually received a scholarship to attend Reformed Theological Seminary in Jackson, Miss., where he earned a master’s degree in theology, the first of three graduate degrees.

After years of service, he and his wife, an American citizen, decided to return to the United States, eventually leading a Reformed Presbyterian congregation in the Yell County hamlet of Havana.

Since arriving in Arkansas, he has made ministry to Hispanics a priority. He is currently director of the Ministerio a la Vecindad (Ministry of the Neighborhood), which provides services to people in need.

Pastorally, he feels a special connection with those who immigrated to the United States from Latin America, he says.

He speaks not only Spanish but also a Mayan language.

“We know the transition they make when they come to this country. It’s not easy. … We know that,” he says. “That’s why we can sit with them, stand with them, and walk with them.”

Like Chan, Essalki knows what it’s like to leave home and start over. He immigrated to this country in 2004 to work in an Islamic center in Mississippi.

“At that time, I didn’t even speak English,” he says.

In 2010, he was hired as a youth director for an Islamic center in Fort Smith. Ten years after arriving in the United States, he earned a master’s degree in education from the University of Arkansas.

In addition to his degree in Islamic (Sharia) law from Al Quaraouiyin in Morocco, he now has a Juris Doctorate from the University of Arkansas School of Law and is an imam at the Islamic Center of Northwest India. ‘Arkansas.

At the center, Essalki leads Friday prayers and teaches the principles of Islam.

At Tyson, he focuses on what he calls “authentic listening.”

When someone needs pastoral care, “you don’t listen to respond, but… [you’re] listen in order to understand them in depth,” he says.

Rather than trying to convert people, “we go with them and follow their path,” he says.


Abdellah Essalki, an imam originally from Morocco, now works as a chaplain for Tyson Foods. Rather than trying to convert employees, “we go with them and follow their path,” he said. (Courtesy picture) 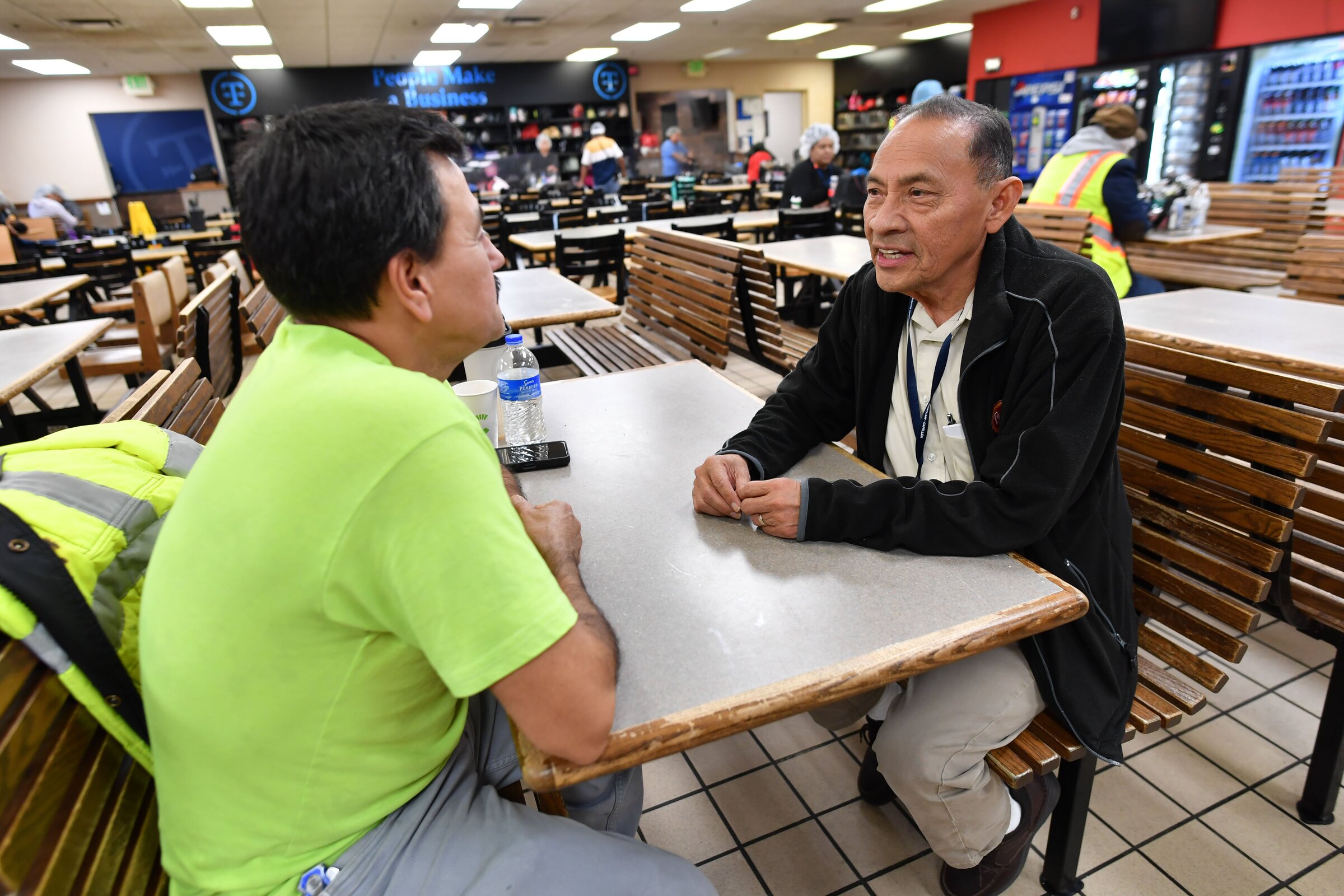