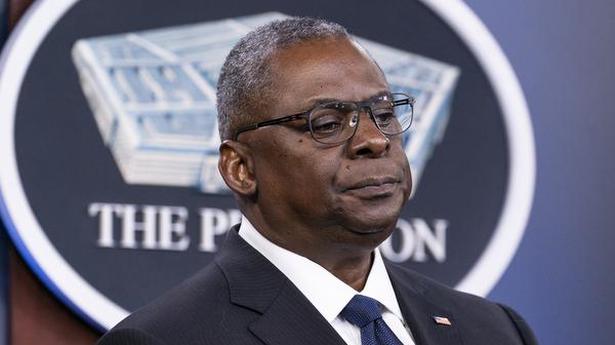 US orders US airlines to facilitate Afghan evacuation

The United States on Sunday enlisted several major airlines in its frenzied evacuation of tens of thousands of Afghans, Americans and other foreigners from Kabul after they fell to Taliban extremists.

“We’re going to do our best to get everyone out, every US citizen who wants to get out,” Austin said in a statement. ABC interview on the evacuation mission, adding that the same applied to America’s Afghan allies.

Rather than entering and exiting Kabul, the planes will transport people from US bases in Qatar, Bahrain and the United Arab Emirates to European countries and, for many, to the United States.

With thousands of troops trying to secure the airport in the Afghan capital, Washington has set a deadline to complete one of the largest evacuation missions the Pentagon has ever carried out before August 31.

But Mr Austin did not rule out asking the president to extend the deadline.

“We will continue to assess the situation. And once again, work as hard as possible to get as many people out as possible. And as that deadline approaches, we will make a recommendation to the president,” he said. he declares. ABC.

Up to 15,000 Americans are to be expelled from Afghanistan, according to President Joe Biden, who said the administration wanted to remove at least 50,000 Afghan allies and their family members from the country.

Widely criticized for the chaotic exit after a sudden Taliban victory, Biden warned that the frantic effort to expel Americans, other foreigners and Afghan allies from Taliban-occupied Kabul is dangerous.

There have been reports of Taliban militants intimidating and beating people trying to reach the airport, but Mr Austin said the militants largely let U.S. passport holders pass safely.

The situation was further complicated on Saturday when the US government warned its citizens to stay away from the airport due to “security threats”.

The Pentagon said on Saturday that 17,000 people had so far been taken away since the operation began on August 14, many of whom first flew to Qatar or Kuwait. The total included 2,500 Americans.

US National Security Advisor Jake Sullivan said CNN Sunday that the US military and its partners had transported an additional 7,900 people in the past 24 hours.

The Himalayas: mystic of our northern borders

What is Sharia law? And how did Afghan women behave under the Taliban?