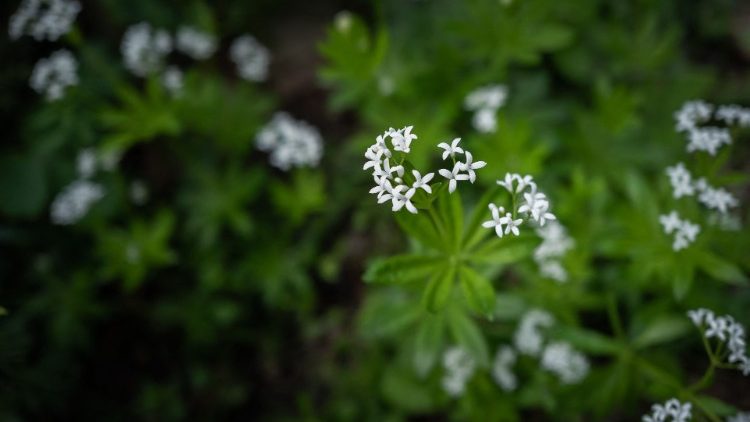 Laudato Si’ Movement Executive Director Tomás Insua speaks to Vatican News about Laudato Si’ Week (May 22-29) which provides an opportunity for the global church to come together and celebrate progress in implementing in place of the Pope’s encyclical on the care of creation for life.

Laudato Si’ week, which runs from May 22-29, celebrates the seventh anniversary of Pope Francis’ encyclical on the care of our common home (AFP or licensors)

By Lydia O’Kane
The annual Laudato Si’ week is well underway with hundreds and thousands of Catholics inspired to do even more to protect our common home.

Each day will include global, regional and local events related to one of the seven Laudato Si’ Goals and the seven sectors of the Laudato Si’ Platform for Action, all of which underpin the concept of Integral Ecology.

In an interview with Vatican News, the executive director of the Laudato Si’ movement, Tomás Insua, talks about the work that has been done since the publication of Pope Francis’ encyclical in 2015. He also says that to make our planet a a better place for future generations, we must follow a path of ecological conversion that requires an ecological spirituality.

Q: Since Laudato si’ was published seven years ago, what progress has been made on the need to care for creation?

In these seven years a lot has happened within the Laudato Si’ Movement, we are so excited to see all the action emerging from this prophetic encyclical that Pope Francis has given us. There are so many stories to share.

For starters, I think it just changed the conversation in the Catholic community and way beyond the Catholic community and reframed the conversation about the ecological crisis as a social crisis, as a moral crisis, as a spiritual crisis, so the first and most impactful I would say is simply to reframe the conversation, an issue which, concern for our common home was generally ignored as irrelevant to Christians, for many, including myself I would say , until not too long ago, now has been almost definitively enshrined as a key Christian priority.

As the Pope wrote in Laudato si’, the care of creation is not an “optional” thing for Christians, it is an imperative, it is essential for a virtuous life; so that’s a big plus.

Then, in terms of, say, other tangible fruits of this encyclical, I would say the fact that we have these two annual celebrations, Laudato Si’ week in May and then the Season of Creation in September, in which the he world church comes together to celebrate creation is a direct fruit of the encyclical.

So speaking of us as our name suggests, we are the direct result of Laudato si’, then of course I must mention the impact that the encyclical has had on our personal lives and our community lives; so many of us, through the encyclical and through the movement, are finding a way to live out our vocation as guardians of creation.

Last but not least, there is of course the Laudato Si’ Platform of Action that the Dicastery for Integral Human Development convenes and that we actively support, of course, with many others, which aims to help the Church with very practical tools to create and implement their own Laudato si’ plans.

Q: Do you think Christians are seen as leaders when it comes to responding to this climate emergency?

I would say no. We Christians have been quite late, and especially Catholics; we have to be very honest and say that we were late for the game. We know the Church has been talking about it for decades. Other popes have taught on this subject; Laudato si’ was just, shall we say, a fantastic compilation of previous Church teachings.

But one could argue that the intense and widespread action across the Church, both the Catholic Church and the other Christian Churches, has been extremely vital and noticeable over the past two years. We have to be very humble and recognize that decades and decades ago others, especially non-Christians, just secular environmentalists, advocated, and in fact, Laudato si’ celebrates the major environmental movements that have championed this issue for decades.

But the majority, I don’t think we are there yet to be able to say that the Christian churches are leaders. We are, and especially in recent years, very important players in the global debate. But to be true leaders, there are many more actions we need to take within our walls.

Q: Last week saw the release of the “State of the Global Climate 2021” report, which indicates that the past seven years have been the warmest on record. This document will serve as the official document for the COP27 climate conference, which will take place in Egypt in November. With that in mind, where do we go from here?

So where do we go from here? We just need to redouble our efforts with our brothers and sisters in our Catholic Church and elsewhere to try to awaken the Church and humanity to the urgency.

We know what we have to do. What we need to do are two things I would say, if you ask me; on the one hand, we have to slow down and this is where the spiritual contribution of Laudato si’ is so huge. We must slow down to change our relationship to creation; the ecological crisis being above all a spiritual crisis. This is why Saint John Paul II speaks of an ecological conversion; we must change our relationship to creation, see it as a gift from God, and not just as a gift from God, but as Saint Francis of Assisi would say, as our brothers and sisters; all children of the same Creator. We must commit ourselves to this path of an ecological conversion which requires an ecological spirituality; simple things like praying outside and seeing all of creation as a cathedral; the cathedral of creation.

The paradox is that by slowing down; we must slow down to regain the spiritual vision of the world of creation, we must at the same time accelerate the action.

Q: What do you hope Laudato Si’ Week will achieve?

I hope it will show, on the one hand, all the actions that take place because we are not aware of all the actions that take place. In the cathedral of Buenos Aires, the cathedral of Jorge Bergoglio, there was a beautiful mass of Laudato si’ and a lot of action there at the level of the archdiocese. In Canberra, the Australian capital, there was a beautiful Mass by the local Archbishop with indigenous leaders, again marking Laudato Si’ week. There are countless stories that simply illustrate how we act together.

More importantly, I hope this week will inspire many more hearts to join this cause to care for our common home. I hope that through these various initiatives, events and actions, many more people will be able to learn more about Laudato si’ and follow the Pope’s call to respond urgently to the cry of the earth and the cry of the poor.—Vatican News