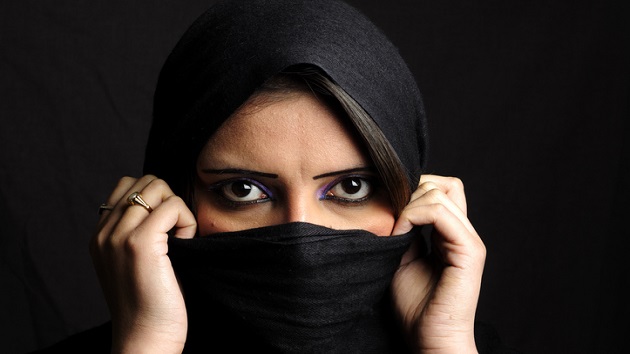 What is Sharia law? And how did Afghan women behave under the Taliban?

(NEW YORK) – The Taliban, an extremist militant group, have taken control of the Afghan capital as US troops have withdrawn from much of the country.

The group said it would rule the country on the basis of Sharia, or Islamic law, and many Afghan nationals said they feared the Taliban would reverse the harsh interpretation seen when the group ruled the country. Afghanistan for the last time in the 1990s.

The Taliban has previously imposed severe penalties, including death sentences, for offenses related to adultery, blasphemy, disrespecting dress codes, working with the US government, and more.

Abed Awad, a lawyer and sharia law expert, said the Taliban’s use of sharia, or “Islamic law” to describe their legal system, has led to a misunderstanding of religious practice.

“What you see in the news is the politicization of Sharia law, seeing it only as a movement for political elections or for government,” Awad said. “People miss this beautiful moral and ethical framework that a Muslim has to do in his day-to-day business. “

What is Sharia law?
Sharia is the moral guide that many Muslims follow and which operates on the basis of the teaching of the Quran, the holy book of Islam, according to the Middle East Institute. Sharia law helps Muslims in day-to-day decision-making, guiding people through interpersonal conflicts, responsibilities, health-related and financial decisions.

“It guides us to be righteous humans, to be good neighbors, compassionate mothers, caregiver fathers, loyal spouses, protective parents, caring for the elderly,” Awad said. “This is what it really means to 1.8 billion Muslims around the world.”

For example, Awad said, some Muslim women wear the hijab and some do not – the two groups interpret the principle of modesty differently.

Awad said that the result of Sharia is “Fiqh”, which means “understanding” in Arabic. It refers to the moral and ethical understanding that is gained from Sharia – the rules that one sets for oneself on the basis of Islamic guidelines.

But there is not a single understanding of Sharia law, according to Awad.

Many Islamic scholars and experts have stated that the Taliban’s interpretation is an extremist interpretation and is implemented as a strict legal system instead of a moral code for the individual.

“They are using Sharia as a weapon to give them some legitimacy,” Awad said. Claiming that their strict and violent legal system is based on religious grounds, Awad said it was apparently being used as a justification.

How has the Taliban applied Sharia law in the past?

During the Taliban’s rule in the 1990s, the group applied harsh and dangerous interpretations of Sharia law as law, experts said.

“It was a very brutal society,” said Elizabeth Neumann, an ABC News contributor and former US homeland security official. “It was their way of keeping control. If you don’t play by the rules, whatever the rules, you risk being executed, stoned, or mistreated in some way.

Neumann said those accused of violating “Islamic law” could be stoned to death, have their hands cut off or face public execution.

It is not known exactly how many people were killed or maimed by the Taliban for alleged violations.

Many Afghan nationals currently trying to escape fear what a return to power might mean for those who spoke out against the Taliban, or for those who aided the Afghan and US governments.

The United States had planned to completely withdraw American troops from Afghanistan by August 31, but President Joe Biden told ABC News’ George Stephanopoulos that the deadline could be extended until every American is out of the country.

How does this affect the rights of women in Afghanistan?

A member of the Taliban’s cultural commission, Enamullah Samangani, said the Taliban will provide women with “an environment in which to work and study” and that women will now be present in their government.

Taliban officials have vowed to continue to honor women’s rights “in accordance with Islamic law,” but many Afghan women fear what will actually happen, according to refugees with relatives in Afghanistan.

“They claim they are changing, but I know they are not,” said an ex-Afghan refugee named Shabnam, who was only able to share her first name because she feared for her safety. family in Afghanistan. “They are just waiting for the American troops to get out of the country.”

She said the Taliban had yet to show signs of change.

More than 18 million women live in Afghanistan, or about half of the population, according to data compiled by the World Bank, and the majority are under 35.

Shabnam said many women in the country fear the Taliban will revert to their oppressive tactics of the 1990s – keeping women at home, not letting them work or go to school, forcing them to wear the burqa from head to toe, forcing them to marry and severely punishing those who do not comply.

“In the 1990s, when they arrived, I was a little boy. I was about 13 years old, but I still remember back then, it was a nightmare for me, ”Shabnam said. “We had all these women activists, human rights activists in Afghanistan before the Taliban arrived. … When the Taliban arrived, everyone was silenced.

“You weren’t even allowed to leave the home without a male relative escorting you, as a woman,” Neumann said. However, since the Taliban were ousted from power in much of Afghanistan in the early 2000s, steps have been taken towards equality.

“The girls went to school, the women were able to go to advanced universities and start careers, and be able to have freedoms,” Neumann added.

For this reason – and the Taliban’s use of the term “Islamic law” to describe its harsh rules, restrictions and policies – Awad said Westerners’ misunderstanding around Sharia law has fueled Islamophobia and xenophobia.

“[People think] the idea is a totalitarian movement, that Sharia is a movement that is coming to take over America, ”Awad said. “Sharia law covers everything from how we eat, how we treat animals, how we protect the environment, our obligation to share our wealth with the needy and the poor. … It’s a very personal lifestyle.

US orders US airlines to facilitate Afghan evacuation