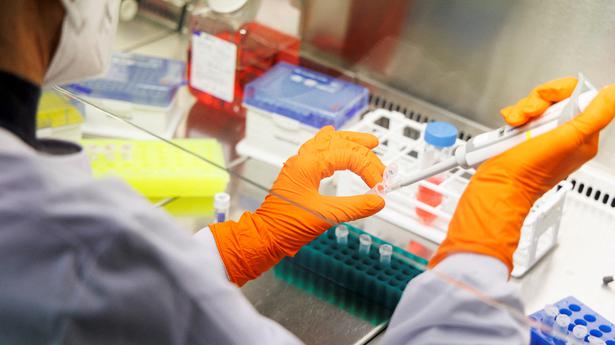 As of June 15, a total of 1,882 cases of monkeypox have been laboratory confirmed in more than 30 countries around the world. With 1,158 confirmed cases in 22 countries, Europe has reported the highest number of cases to date, according to the European Center for Disease Prevention and Control. The United States has reported 83 cases in 19 states as of June 16.

While monkeypox is endemic in a dozen countries in West and Central Africa, the virus is not endemic in humans. “Nearly all” outbreaks of monkeypox in these countries are due to the virus crossing the species barrier from animals to humans.

Sustained human-to-human transmission in endemic countries has been ‘rare’, write Dr Christian Happi of the African Center of Excellence for Genomics of Infectious Diseases (ACEGID), Redeemer University, Nigeria and others in a report published in virology. org.

Epidemics in endemic countries in Africa have seen only a “limited” proportion of cases spread among humans, with sustained transmission observed only up to seven generations. And the basic reproduction number (R0) for monkeypox in endemic countries has been less than one, even among populations that have not been vaccinated against smallpox. The basic reproduction number being less than one would mean ‘epidemics would die out without continued animal introductions’, tweeted Dr Akira Endo of the London School of Hygiene & Tropical Medicine, London. In contrast, the current epidemic in the United States, Europe, the Middle East and Australia has shown a clear pattern of sustained spread among people, particularly among men who have sex with men (MSM). Prior to this outbreak, there had been around 100 cases of monkeypox outside of Africa, with the outbreak in the United States in 2003 being the largest with over 70 people infected with the virus. But all 70 cases were due to exposure to imported animals with no reported human-to-human transmission at the time. In the past, outside of Africa, the virus had spread to a single healthcare worker and two household contacts, a far cry from the sustained human-to-human transmission currently being reported.


To explain the very different pattern of spread to large numbers of people in the month after the UK’s first case was reported on May 7, Dr Endo and others used a mathematical model based on data from the sexual partnership in the UK, to explain the epidemiology of the current outbreak. The results of the modeling exercise have been published in medRxiv preprint server; preprints still need to be peer-reviewed.

Increased virus importation, undetected community spread, virus evolution, and increased susceptibility to monkeypox virus infection due to the end of smallpox vaccination decades ago could be possible reasons for the current outbreak outside of Africa. The researchers point out that most of these factors are “not strongly supported by external (if indirect) evidence” nor able to explain human spread primarily among men who have sex with men (MSM) and not widespread in the general population of the community.


The researchers found that a “small fraction of individuals who have a disproportionate number of partners” must be responsible for the sustained human-to-human transmission of the virus among men who have sex with men.

This is the largest epidemic, primarily among men who have sex with men. In Nigeria, higher prevalence and lesions in the genital area were recorded in a recent outbreak.

“Our model suggests that the MSM population may have always been at risk of a sustained outbreak. The reason we haven’t seen an outbreak among MSM before could be that the virus hadn’t reached that network given how few cases there were overall,” Dr. Endo tweeted.

The researchers explain this in more detail in the preprint when they say that the monkeypox virus has always had “substantial transmission potential in the MSM community” even in the past, but the small number of imported cases outside from Africa probably prevented the virus from spreading to that community. network resulting in large-scale transmission.

The researchers also modeled sexually associated epidemics in MSM and non-MSM populations. They considered various hypotheses regarding the risk of transmission between sexual partners in these two groups.

Unlike a small fraction of MSM individuals who have a large number of partners, thus increasing the spread of the virus to many people in the MSM community, the researchers found that sustained spread in the non-MSM population was ‘unlikely’ due to the lower probability of a few. individuals with multiple sex partners. But “10-10,000 additional cases may be observed if a significant number of infections are introduced into the non-MSM sexual contact network,” they write.

“Without sufficient interventions, we could see continued growth of MSM. The Monkeypox virus can infect anyone; the non-MSM population will also be affected if we fail to contain them. Personalized, non-stigmatising message/support for those most at risk would be key to early containment,” Dr Endo tweeted. Targeted messaging is necessary for prevention and early case detection among MSM who have multiple partners, the authors write.