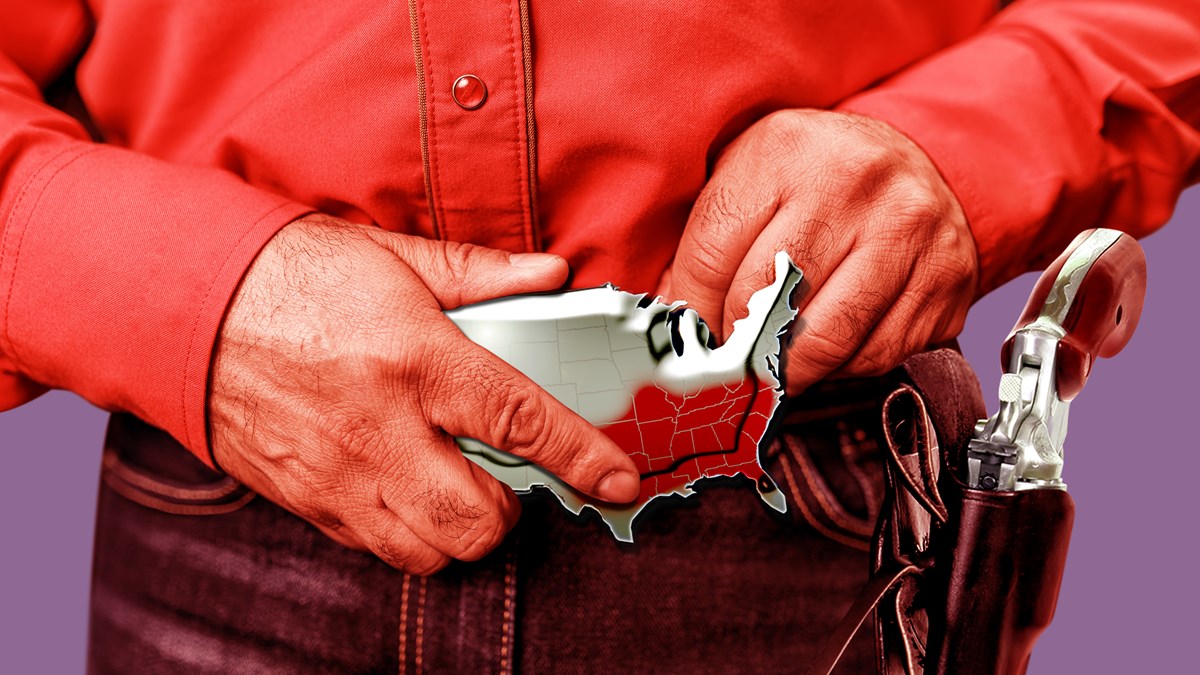 This play was adapted from Russell Moore newsletter. Subscribe here.

The song was, of course, meant to be more a eulogy of the South than a developed eschatology. But after detailing all the things he loved in his home region, Hank Jr. concluded that if those things were missing for all eternity, then “just send me to hell or New York; it would be pretty much the same for me.

Recent studies show that, increasingly, white Southern evangelicals are deciding that when it comes to church, if not heaven, they’d better stay home.

Last week here I referenced an analysis by historian Daniel K. Williams (no relation to Hank) of studies of a rapidly growing trend among white Southern Protestants who rarely or never attend the church and yet identify as evangelical Christians.

To recap, Williams points to data on how these churchless evangelicals do not secularize in the same way as, say, people in Denmark or Germany, or even people in Connecticut or Oregon.

Churchless evangelicals in the South not only maintain their politics, but also climb to more extreme levels. They maintain the same moral views except on matters that directly affect them (like having premarital sex, smoking marijuana, and getting drunk).

This category of non-practicing, non-practicing evangelicals is now, as Williams points out, the largest religious body in the South. They are also lonelier, more disconnected, angrier, and more distrustful of institutions.

These discoveries have seismic implications for the church and for the culture in general.

Years ago I argued that a kind of cultural Christianity was disappearing in the Bible belt – the kind that required you to go to church, or at least be affiliated with it in some somehow, if you wanted to be a “normal” person. I’ve often told how a friend of mine in college, an atheist, suddenly asked me one day to recommend “a Southern Baptist church to join – but one that’s not too, you know, Southern Baptist. south”.

After giving several recommendations, I asked him how he had become a Christian. Passing my question in the air, my friend said he didn’t believe in “any of that”. But he wanted to run for office one day, and demographically there were more Southern Baptists than anything else in his potential riding.

At that time, most people did not have such an obviously transactional view of the Church. This is why children who had strayed from the faith were expected to eventually return once they had “settled down” to marry and start a family.

In many of these places, being an adult and not a rebel or a crackpot meant you went to church. Yet increasingly, I once argued, there was less and less need for people to go to church for these cultural reasons.

What I didn’t expect was that cultural Christianity would be infected with a delta variant and morph into something else.

The kind of cultural Christianity we see now often retains everything about the religious right except religion. These people aren’t in Sunday School, but they can post Bible verses on Facebook (or quote them on TikTok).

Cultural Christianity, as we once knew it, is largely being replaced by a kind of blood and soil Christianity. “Christianity” in such contexts is the sense of belonging and obligation not to a church but to a particular brand of white political and cultural identity.

For, say, a choir member in the front row becoming such a disconnected and culturally combative non-participant is akin to the old civil religion of God and country morphing into the kinds of Christian nationalism we see emerging in the world.

On the one hand, the rise of churchless white “evangelicals” should provoke a second thought for secular progressives. Those who assume that secularization is synonymous with “progress” (in a broad sense) may think that people who stop going to church will start discussing NPR at mimosa brunches.

However, in most cases, the reverse happens. Going without worship and connection doesn’t end the culture wars, it often intensifies them. Almost any disconnection from the organic community leads people to extremism and anger, regardless of where they sit on the ideological spectrum.

Consider the evolution of the left – from the days when leadership was exercised primarily by unions of plumbers, fitters, electricians, etc., and when civil rights leaders were usually pastors or stalwarts of local congregations.

To use the most trivial example possible, at almost any other time in churches in the southern Bible belt, deacons and older church ladies would sternly rebuke anyone who used “Let’s go to Brandon” as a synonym. vulgarity (even if they agreed with politics).

Like Léon Wieseltier once Notedwhere identity is thinnest, it is often strongest.

There is a world of difference between a confident and combative Christianity. Confident Christianity constantly reminds us that this life is less important than the next. It shows something of what it means to forgive and serve one another and to be on a mission together within a real visible local body. Combative “Christianity” tries to differentiate us culturally, politically or racially from those who are considered irremediable enemies.

This is especially true when people combine a sense of identity as the empowered majority (“We are the real America”) with an identity as the embattled minority (“The elites want to destroy us”). A blood and dirt mentality is the way of Cain – who resented his brother for not being recognized himself.

True Christian worship is the way of Abel, who offered his sacrifice to God even though it cost him his life. Some might say, “See, that’s the problem! Abel is dead. Cain at least was a fighter. It makes sense from a certain point of view. The problem is that this is not the perspective of Jesus, the Bible, or the church of the living God (Heb. 11:4).

I have to go back to another myth that persists in secular progressive enclaves outside of the Bible Belt. When many people in these places look at conspiracy theories or political polarization or political violence, they blame the local churches. They assume the problem is that pastors are whipping their people into a frenzy with dangerous ideas, whether it’s avoiding vaccines or much, much darker ideas.

Yet, aside from a handful of high-profile churches led by such figures, this is rarely the case.

Instead, at least in my experience, churches are generally the healthiest outpost of what is now called American Christianity. At one point, I would have said that the problem is not in the pulpit but in the pews. But now I think I’d say the problem isn’t primarily in the shoals either.

Of course, this kind of Christianity without a church affects the church. And what I mean is not that “the problem is nominal Christians, not real ones”. What I mean is that if we really pay attention to what’s going on – with the loneliness, the disconnection and the fanaticism disguised as “conviction” – we can see that the local church is, to good respects, not the problem but the the solution.

This is true not only because churches provide a place of connection that works against loneliness. And it’s not just because churches provide meaning and meaning beyond the screaming in the vacuum of cyberspace. It’s not just because the churches that train people to evangelize point out that the neighbors are a mission field, not a battlefield. All of these things are true and important.

But, far more importantly, Jesus told us that he would come to us only in the context of church fellowship (Matthew 18:20) – breaking bread, building up one another with gifts spiritual, encouraging one another with psalms, hymns and spiritual songs.

If the church is what we believe it to be – a body connected with a head (Eph. 4:15-16; 5:29-30) – then we know that we are shaped, formed and sanctified primarily through a set of rhythms and practices that we often don’t even notice change us. And the whole body is “supported and held together by its ligaments and tendons” as we grow (Col. 2:19).

This kind of connection is the only way to find the right kind of individuality and authenticity. Thomas Merton once said, “I can only make good choices if I develop a mature and careful conscience that gives me an accurate account of my motives, intentions, and moral actions.

Without this kind of awareness, Merton argued, our choices will be determined by what is acceptable to the crowd, and “wrong” will be defined by what bothers that crowd. The result of an unformed conscience is a conscience which is “but the delegate of the conscience of another person, or of a group, or of a party, or of a social class, or of a nation, or a race”.

When a party or blood and land worldview shapes consciousness, Merton argued, true love becomes impossible because one cannot give to others what one does not have. Conscience is meant to be formed together in community – in worship, mission, reading and obedience to the transforming Word of God. This is the opportunity before us.

Yes, if everyone sees in “Christianity” the anger and loneliness of half-Christians, then they will not see the real Jesus. But the reverse is also true. In a time of loneliness, separation, and boredom, we should see a craving for what Jesus told us we all need.

Against the backdrop of all the surrounding cultural wreckage, how distinctive it is for those who hunger and thirst for something more to find a church of people – however small, however unnoticed – who know how to pray, come together around a table and say “Amen” to the Bible together.

Such a body can mourn together over their sins and rejoice together in their forgiveness – to see in each other’s life that there is power, miraculous power, in the blood of the Lamb.

For those who can’t tell the difference between hell and New York City, maybe now is the time to take a completely different path. If Heaven doesn’t look much like Dixie, maybe Heaven is exactly where we want to be.

Step back to the time of Jesus at the Magdala Center