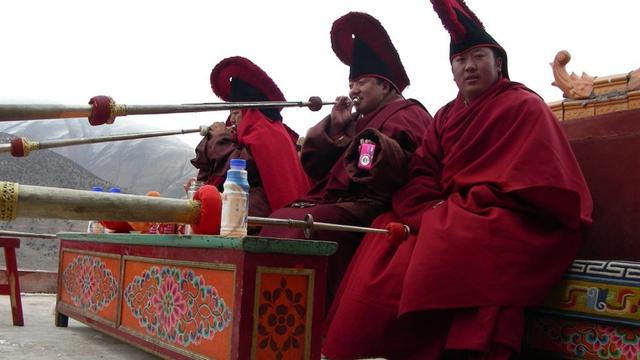 Why China is Targeting Tibetan Buddhism

The CCP is aware that its variety of Buddhism is the strength of the Tibetan people and inspires even non-Tibetans.

The illegal occupation of Tibet took place in the 1950s. The Chinese Communist government’s brutality and anger against the Tibetan people started right after that and turned the life of the Tibetan people into hell. It has become an obvious fact to the world now that people in Tibet are living and surviving under the CCP’s oppressive and authoritarian regime. The lack of basic human rights is also an issue that has been raised at every opportunity to get the attention it deserves on international platforms. Unfortunately, it was never seen as a case worthy of being taken seriously by organizations such as the United Nations.

Surveillance of Tibetans in Tibet is stepped up whenever the government wishes, and every move, whether online or in real life, is monitored. Tibetans are not allowed to use their own language, and schools that once used the Tibetan language as a medium of study have almost disappeared. Schools are either forced to follow the Chinese school system or have to register with the authorities, transforming them once and for all into Chinese public schools.

Tibetans are not allowed to freely study or practice their own religion, Buddhism. Religion is one of the main targets of the Chinese government, which promotes a complete sinicization of Tibet. Monastic institutions, monasteries and convents are placed under the strict control of the authorities. Countless monks and nuns have been forced to strip naked and live their lives as commoners, giving up their rights to continue practicing or promoting Buddhism.

Buddhist institutions are targeted whenever Chinese policies or propaganda are introduced. China is determined to destroy Buddhist statues and relics in a bid to eradicate the Tibetan faith and deprive people of the right to preserve their traditions. Since December 2021, the Chinese government has destroyed three Buddhist statues in Tibet. Tibetans fear that further destruction will follow, as part of the Sinicization program.

The CCP also crumbled when it asserted that it had full rights to name the next reincarnation of the 14th Dalai Lama, and that any other successor recognized without his consent would not be approved. Through these various acts, they undoubtedly signal a worldwide repression. This is a pure and simple case of cultural genocide.

One of the most recent incidents revealed by Bitter Winter in July could also be characterized as a crackdown on Tibetan Buddhism by the Chinese communist government. In July 2022, the Buddhist Association of China, established in 1953 and comprising government-approved Buddhist temples and associations whose leaders are appointed by the CCP, issued a “Notice on Boycotting Illegal Missionary Activities of Buddhist Monks Tibetans” in Guangdong. Province.

The origin of the incident, however, lies in the fact that Buddhist believers in Guangdong were increasingly dissatisfied with the Buddhist Association of China. Thus, they invited independent Buddhist teachers, Tibetan monks from historic Tibet and overseas. This did not sit well with the Communist Party since it hinted at the formation of an independent Buddhist circle outside of their grasp and power. The notice claimed that “in recent years, the illegal mission of Tibetan Buddhist monks to the mainland has become more and more serious, which has seriously affected the spread of Mahayana Buddhism, the righteousness of Buddhism and Chan Buddhism, and seriously affected the interests of believers, property security, family security and social harmony.

The notice also published allegations regarding how some people have tried to “impersonate living Buddhas to lure people for money and sex” by giving false initiations to transmit the Dharma and liberate the believers. Since this official document was issued by the Chinese authorities, various allegations have been made about Tibetan Buddhist monks humiliating them in every possible way. They were accused of “engaging in various behaviors that violate national laws and regulations, and even supporting separatist activities, which have become a major hidden danger to social stability and harmony.” The Buddhist Association of China, when it comes to making such claims regarding monks promoting “separatist activities”, signifies support for His Holiness the 14th Dalai Lama.

The notice also stated that it was illegal for Tibetan Buddhist monks to go out to teach Buddhism and even have followers without state approval. It included threats on how anyone who violates the tenets of the Buddhist Association of China by studying or participating in Tibetan Buddhist activities will be treated in accordance with national religious policy.

Such restrictions imposed on Tibetan monks who only travel to certain parts of the country to teach Buddhism show the seriousness of the attack imposed on Tibetan Buddhism in general. The Communist Party, through organizations it strictly controls such as the Buddhist Association of China, wishes to impose stricter measures on the use and dissemination of Tibetan Buddhism, and in addition to erase its traces.

Local authorities are required to report any suspicious activity or movement in the area. Any movement in Guangdong was required to be strictly monitored, that is, the arrival of Tibetan Buddhist monks.

The lack of religious rights and the repression of religion justified by baseless accusations have become a common phenomenon in Tibet. Tibetans have repeatedly protested for the restoration of their rights and an end to the smear campaign against the Dalai Lama. The Chinese government, aware of the power that religion holds over the Tibetan people, has used it thoroughly against them and continues to do so. Religion is and will continue to be the most targeted and threatened aspect of Tibetan culture in China’s complete sinicization of Tibet.

Two dead and several injured in stampede at Mathura temple