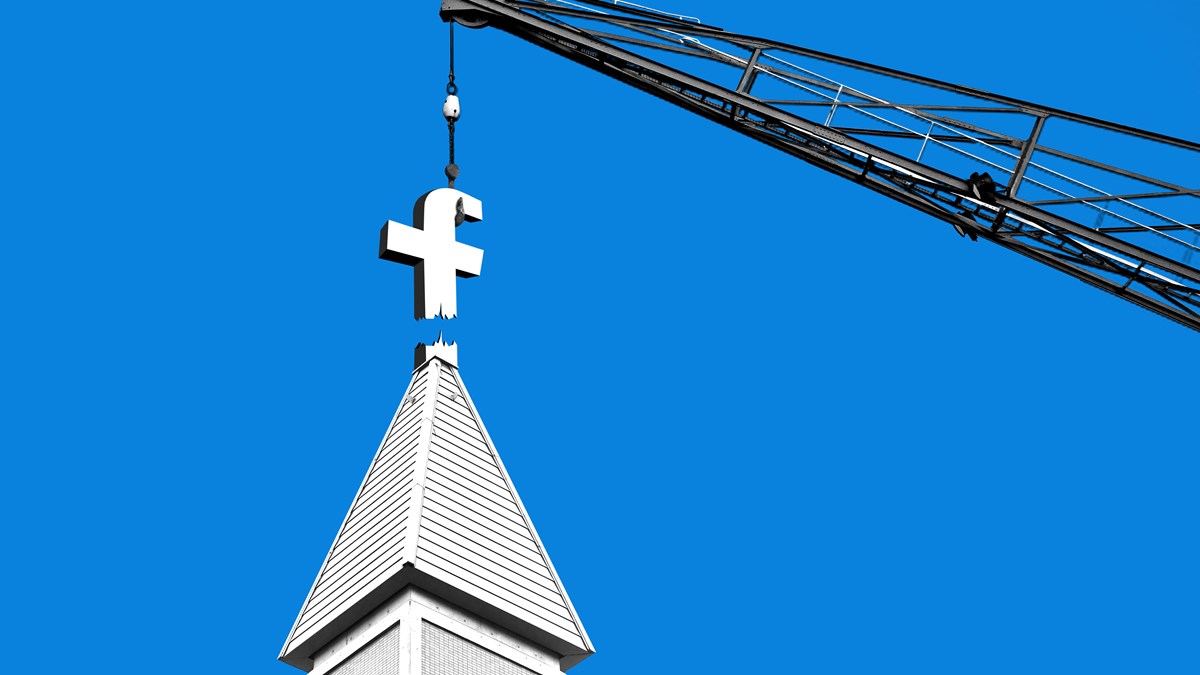 Every week in the lobby, the secretary of the church I attended in kindergarten updated the archives of sermon tapes. This was in the early 1990s, so the archives were a spice rack of cassettes, with maybe two or three copies for each sermon, in case several homebound church members wanted to listen simultaneously.

This kind of care for those who cannot attend church on Sundays, whether occasionally or long term, due to old age, chronic illness or disability, is not controversial. . Most churches have long moved beyond podcast or YouTube or CD format cassettes, but the basic idea of â€‹â€‹using technology to at least deliver the sermon to those who cannot worship in person is here to stay, and it should be so. While this is not a sufficient performance of our duties in itself, it is easily defended as a realization of the Christian responsibility to care for the sick (Matt. 25:36), “to preach the word” ( 2 Tim. 4: 2), and â€œheal orphans and widows in their distressâ€ (James 1:27).

But what about the church‘s conduct – or, at least, its group worship and teaching – on Facebook? Many congregations have tried this or something similar for the first time during the COVID-19 pandemic.

Facebook reported that Easter Week 2020, when pandemic shutdowns were just starting to spread, was “the biggest week for group video calls on Messenger and the most popular week for Facebook Live broadcasts from Spirit Pages,” never”. People seemed to quickly embrace his ways to connect when separated by COVID-19.

On Facebook, churches can form “groups” or “pages”. They can host discussions and post memes for members and subscribers to see and reply to. With a good enough Internet connection and small enough congregations, they can do Facebook Live sessions, which are like video calls. They can plan events and recommend books, videos, and media.

And Facebook, more than other major social networks, is deliberately courting religious use. The site is testing a request for prayer feature, which only seems to differ from regular posts in groups in that you can respond by clicking an “I prayed” button instead of “like” it. Facebook is also work directly with some denominations and mega-churches, in the hope of making the faith a constant new source of traffic and advertising revenue.

Reading Facebook’s religious awareness campaign, I was surprised to see how positive pastors and other religious leaders were when asked about this integration of worship, congregational community and social media. . Some added caveats about technology misuse or privacy concerns, but they widely welcomed it as a valuable tool in the day-to-day life of the church. Some even seem to think, like televangelist Pat Robertson said once television, that “it would be folly for the church not to get involved in America’s most formative force,” that “the message is the same, [and] delivery may change.

This thinking is wrong. For all of its practical uses in extraordinary circumstances such as the pandemic or as a means of including and serving those who cannot physically reach services, social media as a space to ordinary group worship will do us more harm than good.

Facebook – and other social media sites – aren’t just the next evolution of tape ministry or a convenient online centralization of logistics and worship. Their formative power is not neutral.

The medium will significantly reframe or change the message altogether, mainly, I guess, by trivializing it and diverting our attention.

Culture critic Neil Postman wrote Have fun to death in 1985, when television was the medium under surveillance. Factor was not a Christian, he also couldn’t know about social media. Always, his chapter on the Church Televised (containing the above quote from Pat Robertson) offers three premonitory warnings that Christians need as we consider a new means of worship.

The first is the simplest: It is “gross technological naivety,” Postman wrote, to imagine that the church’s message will be unaffected by television, for “not all forms of speech can be converted to television. ‘one medium to another’. We realize this in other contexts, recognizing, for example, that singing alone in your car is not the same as singing with a congregation.

This is also the case with social networks. The same worship service, if presented as a Facebook Live video, is significantly different from what it would be if it were experienced in person. The words can be the same, but the message is transformed by its context. This brings me to the second warning:

Putting religious services on social media is inherently disorienting, and we can forget that true worship of the Triune God, creator of the universe, shouldn’t compete for our attention with inane memes, political copes and the sans scroll. end of frivolity that we meet at the same time and place on Facebook. We would never decorate our shrines with Amazon ads and crass cartoons, but that’s what worship services are surrounded by on Facebook.

If we proclaim â€œJesus is Lordâ€ on Facebook, rather than in person, the words will not change, but the meaning will change. The psychic puts this statement of faith on par with â€œVote for this candidateâ€ and â€œBuy this shirtâ€ and â€œGet likes for sharing this memeâ€.

None of this changes Jesus, of course. The difference has to do with us and the way we handle messages. Maintaining attention to Christ is already a huge challenge of our time, both in the greater sense of having undivided and ultimate loyalty to Jesus and also in the smaller sense of keeping our hands on our phones for two seconds. to do something – anything – concerning God.

It is not impossible, of course, for God to call people to himself through a deeply imperfect medium, but it is also not wise to deliberately surround worship with distraction when we have more than enough distraction as it is.

â€œPeople will eat, talk, use the bathroom, do push-ups or whatever else they are used to doing in the presence of [a] screen, â€Postman wrote of television worship services. It sounds embarrassingly true in my experience of Zoom Church during a pandemic, which was better than nothing. But it was not a substitute for a meeting â€œface to face, that our joy may be completeâ€ (2 John 1:12).

Social media is designed for triviality and distraction, to help advertisers and platforms take advantage of the â€œattention economy,â€ and our consumer behavior reflects this fact.

My third warning is closely related to the lack of good constraints that screen-related worship brings: â€œThe viewer is at all times aware that a flick of the switch will produce a different and secular event to the world. screen, â€Postman noted. This constant choice is a powerful incentive for the church to become less about what we need that what we want to– anything that will keep us active listening, anything that will prevent us from continuing to parade.

I can slip away at any time, without even being embarrassed by the slight embarrassment of stepping out of the shrine while the preacher is still speaking. The constraints we feel in person do not negate our ability to choose what to do. But the presence of others can be a powerful pressure for our good. We need peer pressure, frankly, to keep us engaged in worship.

I’m not saying that I think the online church would be a perfect substitute for the in-person church if someone was sitting quietly in a beautiful setting with the church service maximized and ad-free. Without a doubt, we have all now realized that a church service without face-to-face time or group chanting is not enough. But we also have to hear about Facebook media or some other itself as a problem.

The temptations aren’t just for those watching, however. Online service encourages teachers to withdraw take up your cross (Luke 9:23) and lean into “Please just keep Facebook open, and please don’t browse Twitter or send emails on your phone. It makes Christianity less “demanding and serious,” Postman thought, and more “easy and fun … a whole different kind of religion.”