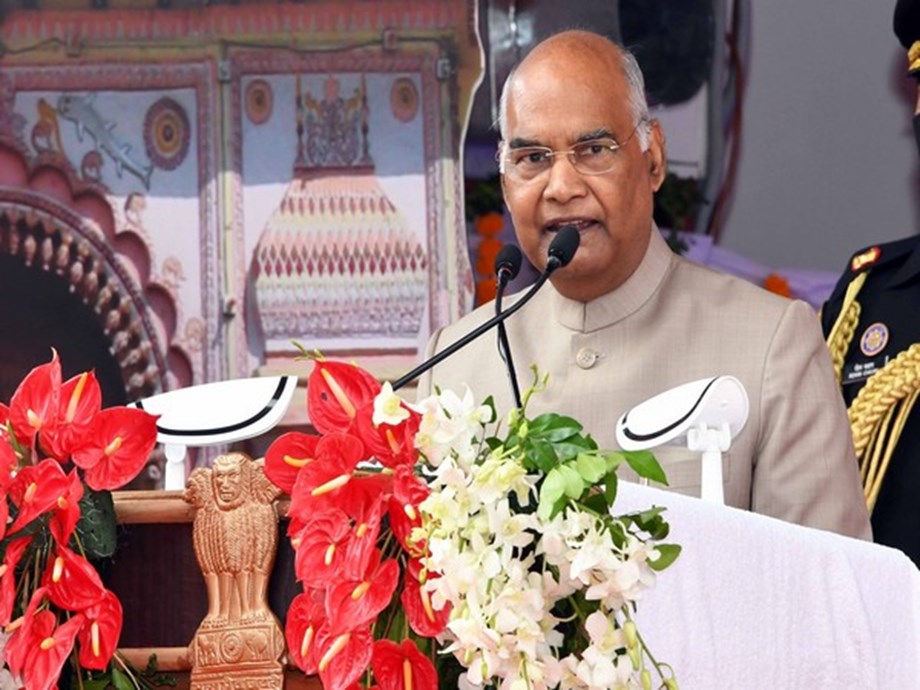 Work together for greater progress of the nation, asks President Kovind of educational institutions

President Ram Nath Kovind on Tuesday called on educational institutions across the country to work together for the greater progress of the nation and also placed emphasis on promoting educational research.

Kovind was here addressing a gathering during the centenary celebrations of Punjab Engineering College (PEC).

The President also congratulated the PEC for nurturing the talents and creating the leaders of tomorrow by recalling the contribution of the eminent scientist Satish Dhawan, alumnus of the institute, for leading the country’s space program.

He said that last week he had the opportunity to interact with all the governors, lieutenant governors and administrators.

Kovind said he has always emphasized that as chancellors of state universities, they should promote innovation and encourage research and development.

“In this context, I would expect institutes like PEC and your knowledgeable alumni to act as mentors and collaborate with other universities across the country. PEC has students from all parts of the country, which makes it a perfect example of unity in diversity, ” he said.

Kovind said it is desirable that different institutes and universities follow this principle.

“We must work together, hand in hand, for greater progress of our country and create a knowledge network for the benefit of all students in our country,” said the president.

Speaking of Punjab, he said he has always played a central role in the country’s history.

Whether as a hub of Indus Valley civilization or as a Sapta Sindhu region of the Vedic period, the Punjab has left its mark since time immemorial. Being a border state of our country, it was among the first to feel the socio-political upheavals caused by outside influences, ” Kovind said.

What is most important is that it has been an important symbol of Indian culture and civilization all over the world. Whether it is spiritual traditions or modern technologies, the achievements of this land are the shining glory of our country, ” the president added.

Kovind said that PEC, a renowned university now, has grown into a vibrant knowledge center in Chandigarh, with hundreds of students receiving professional training in different disciplines on this campus.

“Its roots go back to December 9, 1921, when its foundation was laid as the Mughalpura Technical College in Lahore by Sir Edward Douglas MacLagan,” he said.

The President said Prof. Satish Dhawan was an extraordinary scientist who has led India’s space program through rapid growth and spectacular achievements.

“My esteemed predecessor, Dr APJ Abdul Kalam, regarded him not only as a guru but also as one of the three teachers in his life whom he held in the highest regard,” he said.

Stating that PEC has always met the needs of the nation, Kovind recalled that in the early 1960s, when the country was deemed to need the services of aeronautical engineers, the Indian Air Force approached PEC.

“In a short time, the urgent need was met by moving students from other engineering disciplines to the final year of aeronautical engineering specialization,” he said.

The president also referred to the new National Education Policy (NEP) while noting that it encourages research and development.

Today we are in a time when rote learning must be put aside and the idea of ​​educational research must be promoted. Our new national education policy is a guide for all of us because it encourages research and development, ” he said.

Kovind further praised the PEC students for their innovation during the Covid pandemic.

The young minds who come to this campus are fertile and open to innovation. I was pleasantly surprised to know that during the tough times of the Covid pandemic, PEC students built robots that could go into isolation wards and deliver food, medicine and other supplies to people. patients. It was a great illustration of innovation in the service of society, ” he said.

(This story was not edited by Devdiscourse staff and is auto-generated from a syndicated feed.)